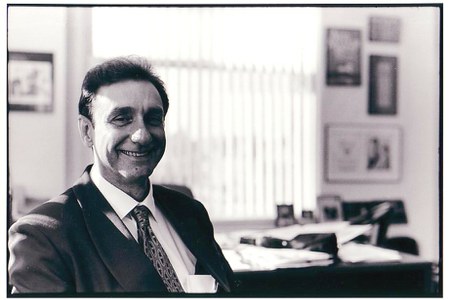 Dennis Fritz, along with co-defendant Ron Williamson, was convicted in 1988, in Pontotoc County, Oklahoma, of the murder of Debra Sue Carter. Her body had been found six years earlier. Fritz was sentenced to life in prison. Williamson was sent to death row.

The twenty-one year old victim had left her waitressing job and was found raped and murdered in her apartment the following day. Fritz and Williamson were known to frequent the establishment where the victim worked. The prosecution presented evidence that the victim had previously complained to a friend that they “made her nervous.” Williamson had been seen at the restaurant the night of the murder without Fritz.

Fritz was not charged until five years after the murder (delayed by state exhumation of victim after an incorrect analysis of finger prints at the scene was noted). An inmate that Fritz was paired with eventually came forward and stated that Fritz had confessed to the murder. This jailhouse snitch gave a two hour taped interview revealing what Fritz had allegedly confessed to him. This confession came one day before the prosecution would have been forced to drop the charges against Fritz. Another informant testified that she had heard Williamson threaten to harm his mother as he had the victim. Williamson was also seen at the bar the night of the murder, according to a witness named Glenn Gore. Additionally, police had statements from Williamson regarding a dream he had about the crime.

Forensic testing was performed on various items of evidence. An analyst testified that 11 pubic hairs and two head hairs from the crime scene were “consistent” with Fritz’s hair. “This means they match, if you want it in one word,” the analyst testified.Because there is not adequate empirical data on the frequency of various class characteristics in human hair, it is impossible to say definitively that strands of hair “match.”

The analyst also tested semen evidence from the crime and testified that he did not detect blood group substances, meaning the result was consistent with a non-secretor (Fritz, Williamson and the victim were all non-secretors). The analyst testified incorrectly that this result meant the perpetrator was a non-secretor. No potential semen donor could be excluded, however, because the victim’s blood group markers could be “masking” the perpetrator’s. Under such circumstances, the failure to inform the jury that 100% of the male population could be included and that none can be excluded is highly misleading.

Fritz could not remember his exact whereabouts during the day of the crime due to the amount of time, five years, that had passed. The two men were convicted, Fritz was sentenced to life and Williamson to death.

Fritz’s appeals were denied. He later contacted the Innocence Project for help. It was learned that the physical evidence was going to be tested due to appeals filed by Ron Williamson’s lawyers. Fritz filed an injunction to make sure that the evidence would not be totally consumed until the cases were joined with regard to DNA testing.

DNA testing revealed that neither Fritz nor Williamson deposited the spermatozoa found in the victim. Further testing proved that none of the many hairs that were labeled “matches” belonged to them. The profile obtained from the semen evidence matched Glenn Gore, one of the state’s witnesses at trial. Gore escaped from work release shortly after testing was concluded and was later apprehended.

Dennis Fritz and Ron Williamson were exonerated and released in April 1999. Williamson had, at one point, come within five days of execution. The two had been wrongfully incarcerated, respectively, for eleven years.