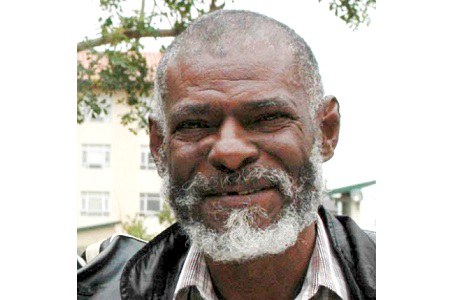 On March 12, 1981, the victim in this case was walking along a road looking for help after her car blew out on the railroad tracks. A black man walked up to her, accosted her, threatened her, grabbed her by the neck, and dragged her from the road to the side of some buildings. He pulled her hair, punched her in the face, choked her, and bit her. He then ordered her to take off her pants, stockings, and underwear, and then raped her. He repeatedly choked her and hit her head with a pipe. After the rape, the assailant cleaned the victim’s fingernails with grass. The victim ran away and was picked up by Deputy Domangue in a patrol car. Domangue identified Charles as a hitchhiker whom he had ordered to get off the road an hour before the crime was committed. The victim later identified Clyde Charles as her assailant in a one-on-one show-up at Terrebonne General Hospital. The defense claimed that the deputy gave the description to the victim before her identification. Nevertheless, Clyde Charles was convicted of aggravated rape on June 22, 1982, and was sentenced to life in prison at the Angola penitentiary.

The prosecution’s evidence included the the victim’s identification at the one-on-one show up and her testimony that the rapist called himself Clyde. A microscopic hair analyst discovered two Caucasian hairs on Charles’s shirt and testified that they were microscopically “similar,” but not conclusively identical, to hair from the victim’s head. Because there is not adequate empirical data on the frequency of various class characteristics in human hair, an analyst’s assertion that hairs are consistent or similar is inherently prejudicial and lacks probative value.

Deputy Domangue’s testified that Charles was wearing a dark jogging jacket with white stripes when he saw him (the victim testified that the rapist wore a dark jogging suit with stripes) and that Charles was wearing a red cap and blue jacket tied around his neck when he found him hitchhiking. The police found a red baseball hat and blue jean jacket near scene of the rape and Charles had admitted that he had been wearing a blue jacket. The prosecution also introduced spermatozoa found in the rape kit.

The case was appealed twice: December 29, 1982, and December 14, 1987. With assistance from the Innocence Project, Charles got back into court on August 1999. He was granted post-conviction DNA testing of the remaining semen evidence collected from the victim.

Testing was performed on one of two vaginal swabs. A large quantity of spermatozoa was recovered as well as very few epithelial cells. An analysis of the STR profile from the spermatozoa of one slide was reviewed by Dr. Smith at the FBI Crime Laboratory. It was determined that a highly discriminating genetic profile for the sperm source from the vaginal swab had been obtained for five out of nine STR genetic loci, according to another report from Forensic Science Associates. Later, a blood reference sample from Charles was tested and he was eliminated as the source of spermatozoa from the rape kit.

Charles, based on these exculpatory findings, was released on December 17, 1999. In April 2000, Charles’ brother Marlo was arrested and imprisoned after DNA tests implicated him in the same crime. Clyde Charles had been locked up wrongfully for nineteen years. For an in-depth look at this and other cases, please visit FRONTLINE – THE CASE FOR INNOCENCE.