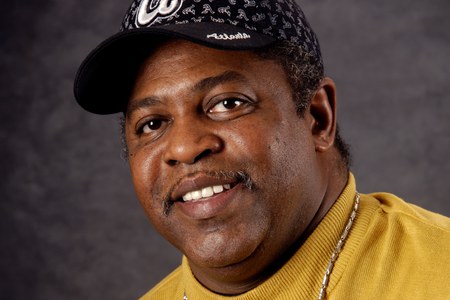 Clarence Harrison was exonerated in 2004 after serving more than 17 years in Georgia prisons for a rape he didn’t commit. He had sought DNA testing since 1989 and tests finally proved his innocence after he became a client of the Georgia Innocence Project in 2003.

The Crime and Investigation
Early on the morning of October 25, 1986, a 25-year-old woman was attacked as she walked in the rain to a bus stop in Decatur, Georgia. The assailant approached the woman, hit her in the face, and then dragged her to an embankment. The assailant raped and sodomized the woman and dragged her to two other locations, raping her in each location. At some point during the assault, the assailant stole the woman’s wristwatch, as well as her money. Two of her front teeth were broken.

After the assailant left, the woman sought help at the home of a friend, and police were called. The victim was taken to a local hospital for treatment where a rape kit was collected.

During the investigation, police were led to Clarence Harrison because he lived near the site of the abduction and because neighbors told police they had heard someone at his house had a watch to sell. However, police search Harrison’s house and did not find the victim’s watch.

Harrison was included in a photo lineup shown to the victim shortly after the crime and she identified him as her attacker. Another woman who lived in the neighborhood told officers that two men had come to her door that night, and one was wet. From a similar group of photos, this woman also picked out Harrison.

The Arrest and Trial
Police arrested Harrison in early November 1986. He maintained his innocence from the outset. The victim identified Harrison in court as her attacker. A forensic analyst testified that serological testing on swabs from the rape kit showed blood group markers consistent with Harrison and the victim and could exclude 22% of people as possible perpetrators. This was incorrect. When the evidence being tested is a mixed stain of semen from the perpetrator and vaginal secretions from the victim – and testing does not detect blood group substance or enzymes foreign to the victim – no potential semen donor can be excluded because the victim’s blood group markers could be “masking” the perpetrator’s. Under such circumstances, the failure to inform the jury that 100% of the male population could be included and that none can be excluded is highly misleading.

A DeKalb County jury convicted Harrison on March 18, 1987, of rape and robbery, and Harrison was sentenced to life in prison plus 20 years.

Appeals and DNA testing
In September 1988, at the request of the DeKalb County Public Defender’s office, slides from the rape kit were sent to a commercial lab for DNA analysis. That lab was unable to perform DNA analysis on the slides, but Harrison continued to pursue DNA testing. In February 2003 he contacted the Georgia Innocence Project and the organization accepted him as a client.

Though slides from the case had been sent at least once for testing, Harrison was told in the early 1990s that all the evidence had been destroyed. Another search performed by the Georgia Innocence Project, however, discovered that at least one slide containing evidence from the rape kit still existed.

New DNA samples were taken from Harrison, and they were sent to a forensic lab in California, along with the slide from the rape kit. The lab returned the results in late August 2004 with the conclusion that the DNA evidence obtained from Harrison could not possibly belong to the same man whose DNA was in the rape kit.

Exoneration
Harrison was released from custody on August 31, 2004. He had served nearly 18 years in prison for a crime he did not commit.