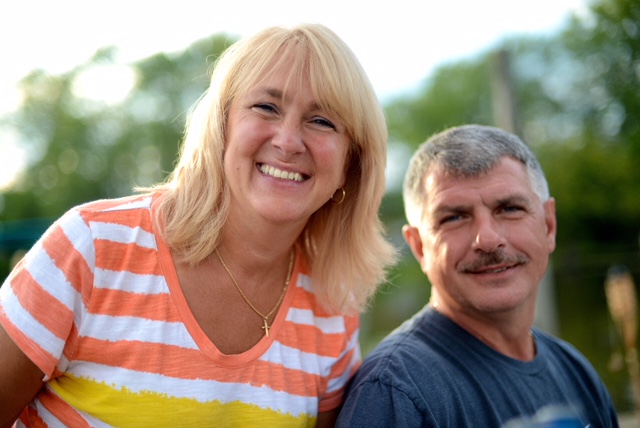 On December 15, 2005, a Summit County, Ohio, judge vacated Clarence Elkins’ 1999 conviction for the rape and murder of Elkins’ 68-year-old mother-in-law and the rape of his six-year-old niece. Hours later, Elkins walked out of prison, having served more than 6 years in prison for a crime he did not commit.

The Investigation and Trial
Due to the young girl’s identification, Elkins was immediately a suspect and was questioned on the morning after the crime. Biological evidence, including hairs, was collected from the crime scene and the victims’ bodies. Mitochondrial DNA testing was conducted before trial on pubic hairs found on the body of each victim. These tests excluded Elkins as the possible contributor of the hairs.

The only direct evidence presented to the jury at trial was the testimony of Elkins’ niece, who had seen her attacker for a short time in poor lighting. The State admitted at trial that there was no physical evidence connecting Elkins to the crime. Elkins’ defense team presented an alibi: that he had been in local bars until 2:30 a.m. and arrived home at 2:40 a.m., went for a walk with his wife, and then went to bed.

Elkins was convicted of murder, attempted murder and rape and sentenced to life in prison.

Biological Evidence and Post-Conviction
Elkins’ wife, whose mother and niece were the victims in this case, never doubted her husband’s innocence and began her work to free Elkins immediately after conviction.

In 2002, Elkins’ niece recanted her testimony about Elkins being the perpetrator. That same year, Elkins made a request for DNA testing, which was denied on the grounds that the results would not prove Elkins’ innocence.

Despite this ruling, Elkins managed to provide his own funding for Y-STR testing on evidence from the crime. Y-STR is a relatively new form of testing that isolates certain characteristics of the male chromosome suitable for comparison. In 2004, Elkins’ lawyers at the Ohio Innocence Project cooperated with the prosecutor’s office to send evidence to Orchid Cellmark, a nationally recognized forensic lab.

The results of this testing excluded Elkins as the possible perpetrator of the rape and murder. A male profile was found on male skin cells from both the grandmother’s vaginal swab and the young girl’s underwear. Elkins moved for a new trial. On July 14, 2005 the court denied Elkins’ motion.

Working with a private investigator in 2005, Elkins’ wife came to believe that a convicted rapist who was living near the victim’s house in 1998 might have committed the crime. When that man was transferred to Elkins’ cell block in 2005, Elkins picked up a cigarette butt that the man dropped on the prison yard and mailed the cigarette to his wife. His wife and lawyers had the cigarette tested, and the results matched the profile found on the grandmother’s vaginal swab and the girl’s underwear.

Again, Elkins’ lawyers petitioned the State to vacate his charges.

In December of 2005, prosecutors stated that Elkins had proven his innocence of this crime and filed a motion with the court to vacate his sentence. He walked out of prison on December 15, 2005, after serving 6 ½ years in prison.