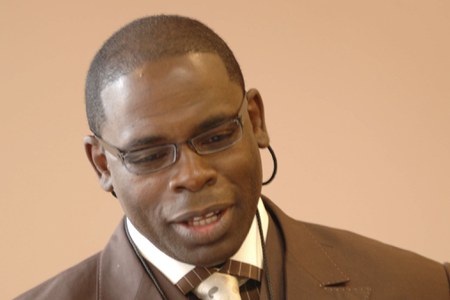 After serving 27 years in Texas prison for a crime he didn’t commit, Charles Chatman was proven innocent by DNA testing and freed in early 2008. He was 20 years old when he was arrested in 1981 and 47 on the day of his release.

The Crime
In the early morning hours of January 15, 1981, a 52-year-old woman awoke in her Dallas apartment to find a male African-American intruder wearing a dark cap pulled down over his head. The man tore off the woman’s clothing and raped her on her bed. Before leaving her apartment, the man tied up the woman with a scarf and forced her to lie face down on the floor. He then stole $15 in cash and several other items from the house, making several trips outside with the stolen goods. After he left the house, the victim heard a car door slam and a car being started and driven away. She called the police and officers responded to the scene.

The victim was examined at a Dallas hospital, where biological evidence was collected from her body. She told examiners that she had never had sexual intercourse before.

The Investigation and Identification
The victim described the attacker as 5-feet 7-inches tall with black hair and facial hair. Although the victim usually wore glasses and was not wearing them during the crime, she testified that she was able to see the perpetrator’s features. She said that at one point during the attack, she “got enough of a glance of his full face” and then didn’t look directly at him again to avoid angering him. She did not mention anything about the attacker’s teeth – even after identifying Chatman, who was missing his front teeth from a football accident.

When identifying Chatman at the second photo lineup, the victim told the administering officer that she believed she had seen Chatman in her neighborhood several times over the last few years. She did not tell officers at the time of the crime that she recognized the perpetrator.

The Trial
Chatman was charged with aggravated rape and tried by a jury in Dallas on August 12 and 13, 1981. Chatman has said he saw his attorney only once before trial, and eventually called him after waiting seven months in jail without any news. He said the attorney told him at that point that the trial was set for the next day.

The victim identified Chatman in the courtroom as the perpetrator of the crime and a serologist testified about laboratory testing conducted at the Southwest Institute of Forensic Sciences on evidence from the case.

The analyst testified that she found the presence of seminal fluid on a bed sheet collected from the victim’s house and sperm cells on the vaginal smear collected from the victim. She tested the seminal fluid on the sheet and found that it came from a type O secretor (a person whose blood type antigens are found in other bodily fluids, such as seminal fluid and saliva). She testified that Chatman is also a type O secretor, and that 40% of black men are type O secretors. While testimony about serological evidence can sometimes mislead juries into thinking that it can produce a definitive identification, the testing and analyst’s testimony in this case was entirely proper and based on verified scientific methods.

Chatman was convicted and sentenced to 99 years in prison.

Post-Conviction Appeals and Exoneration
It wasn’t until 2001, two full decades after his conviction, that Chatman began to hope he might be released. That year, Texas passed a law allowing inmates to seek DNA testing if it has the potential to prove their innocence. Chatman began filing motions even before the bill became law. He was given a court-appointed attorney, and in 2002 his petition for access to DNA testing was granted by Judge John Creuzot. It took two years to locate the evidence, but unfortunately analysts said at the time that there wasn’t sufficient evidence for testing.

Chatman’s new appointed attorney, Michelle Moore, asked the lab to hold the evidence until new technology could be used to conduct the testing. Meanwhile, Chatman had a chance at parole in 2004 but refused to admit any involvement in the crime and was not paroled.

In 2007, Moore learned that the lab could conduct Y-STR testing — an advanced form of DNA testing that can determine a profile from a small sample — on the sperm cells collected from the bed sheet at the victim’s apartment. The risk was that this final test could have consumed the last of the biological evidence in the case. Chatman agreed to take the risk, however, and Judge Creuzot paid for testing from his courtroom budget. The results of the Y-STR testing proved Chatman’s innocence and he was released on January 3, 2008.

Chatman’s exoneration became official when all charges against him were dismissed on February 26, 2008. He had served more than 26 years in prison – and seven months in jail – for a crime he didn’t commit.