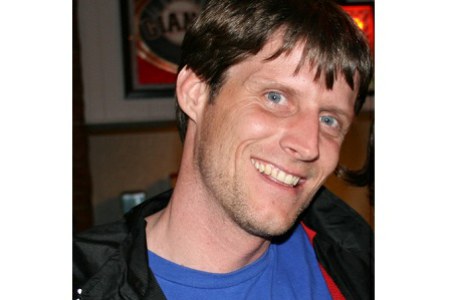 Nearly 11 years after he was wrongfully convicted of murdering his sister-in-law in northern Florida, Chad Heins was exonerated on December 4, 2007, due to DNA evidence proving that another man committed the crime.

The Crime
On the night of April 17, 1994, Tina Heins was brutally stabbed to death in the Mayport, Florida, apartment she shared with her husband, Jeremy Heins, and Jeremy’s brother Chad Heins. Jeremy, who was in the Navy, was on board his ship that night. Nineteen-year-old Chad, who had recently moved to Jacksonville and was waiting for his fiancée in Wisconsin to join him, slept on the living room sofa. Chad had returned home at 12:30 a.m. that night, two hours before his sister-in-law, and was asleep during the crime. He woke up around 5:45 a.m. to find three small fires burning in the living room and kitchen, one on the very sofa where he slept. After putting out the fires and disarming the smoke alarm, he discovered Tina Heins in her bedroom; she had been stabbed 27 times.

The Trial and Conviction
Besides his presence in the apartment, there was no evidence implicating Chad Heins in the murder—no blood on his clothes or under his fingernails, no scratches or scrapes on his body, and no murder weapon found. A forensic analyst testified that DNA testing performed before Heins’ trial on three hairs collected from the victim’s bedroom showed that the hairs came from one person, and that person wasn’t Chad or Jeremy Heins. The testimony was faulty, however, because the analyst failed to give statistics for the percent of the population that would match the hairs. There was strong evidence that Chad had a sleep disorder and was very difficult to rouse, especially after he had been drinking, as he had been on the night of the crime.

However, despite the biological evidence of an unknown attacker and other evidence of his innocence, prosecutors charged Chad with the murder on the theory that he killed Tina in a jealous rage. Two jailhouse snitches testified at his trial that he had spontaneously confessed his guilt to them, and he was convicted by a jury of first-degree murder and attempted sexual battery on December 20, 1996, and sentenced to life in prison.

Post-Conviction Appeals
In 2001, Heins wrote to the Innocence Project, which took the case with help from the Innocence Project of Florida. In 2003, along with pro bono counsel Robert Beckham of Holland & Knight, the Innocence Project filed a motion for DNA testing on skin cells collected at autopsy from underneath the victim’s fingernails. She had defense wounds on her hands, meaning that biological evidence from the attacker could be under her fingernails. The DNA test results showed that male DNA under Tina’s fingernails did not come from Chad or Jeremy Heins. Chad’s attorneys then asked the state to conduct further testing, to compare the unknown male DNA found from the fingernail scrapings to the three hairs found on Tina’s body that were shown before trial to come from an unknown person. Additional testing in 2005 showed that the profile from the hairs was consistent with the DNA from the fingernails—all belonging to a single, unknown male.

Also during the appeals process, attorneys for Heins learned that a fingerprint had been discovered before trial on the faucet of the blood-stained sink in the Heins’ bathroom, where it was undisputed that the perpetrator attempted to clean up after the murder. Police and prosecutors apparently knew before trial that this print came from someone other than Chad Heins, the victim or this victim’s husband, but the jury never learned of the print. It is unclear whether Heins’ defense attorney was informed about the print by prosecutors.

Heins’ conviction was vacated in 2006 based on the DNA evidence, but prosecutors prepared to retry him. He was moved from a Florida state prison to county jail to await the new trial. Robert Link, of Pajcic and Pajcic in Jacksonville, served as pro bono co-counsel in the retrial preparations and negotiations.

While preparing for the retrial, the Innocence Project sought further DNA testing on semen from the victim’s bed sheets. DNA test results released in November 2007 showed that the semen came from the same person as the hairs and the cells found under the victim’s fingernails. This evidence made it clear that the still-unidentified male whose DNA profile was discovered on both the hairs and the fingernail scrapings, and who may also have left the fingerprint, is the real perpetrator. The DNA profile was entered in convicted offender databases but did not yield a match to the true perpetrator.

The Exoneration
On December 4, 2007, prosecutors dropped the pending charges against Heins. Prosecutors said they were still investigating the crime. Heins, 33, had been incarcerated for 13 years (including 10 years in prison and three years in jail awaiting trial).