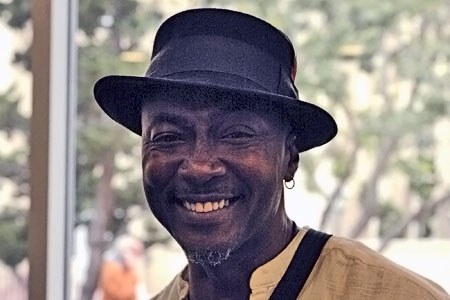 In June 1981, Calvin Willis was conquering adulthood. Twenty-two years old and the father of a young girl, he had recently married her mother, who was carrying their second child. He had just quit his job as a sanitation worker, and decided to become a long haul truck driver instead, scheduled to take his written test in the coming weeks.

Tragically, his new, adult life was cut short when he was wrongfully accused and convicted of sexual assault. Willis spent over 21 years in prison until post-conviction DNA testing excluded him as the perpetrator and he was exonerated.

In June 1981, an intruder entered a home in Shreveport, Louisiana, where three girls – aged 10, 9, and 7 – were sleeping. The 10-year-old victim awoke and saw a man standing above her, naked except for a cowboy hat. The attacker choked her and banged her head against the wall. The victim was able to escape and ran from the intruder, but was caught in the front yard, where a struggle ensued.

The victim’s mother came to pick up the victim the next morning and the police were summoned when it was clear to her that her daughter was incoherent. Investigators noted that the victim’s face was bruised and that she was obviously in pain. The police officers that responded to the call testified that the victim was not able to provide an intelligible description of the assailant.

The victim was taken to the hospital where a rape kit and fingernail scrapings were collected. The police collected the panties and nightgown that the victim was wearing, as well as the bedspread and a pair of men’s size 40 boxer shorts found on the arm of the couch. The boxer shorts had not been there before the crime occurred.

Willis first became a suspect because one of the girls had said that he had been over to the house that day (she had also said that a second man, wearing cowboy boots and a cowboy hat, had visited the home, but this was not disclosed to the defense at the time of trial).

A state crime laboratory performed conventional serological testing on the evidence taken from the victim at the local hospital. Blood was identified on the victim’s panties and semen stains were found on the nightgown. Testing of the semen stains revealed blood group O markers – the victim is a Type A secretor and Willis is an O secretor (as is a large portion of the population) and, therefore, could not be excluded as a contributor to the stain. Willis, however, was excluded as the contributor of various hairs recovered from the bedspread.

The victim participated in a lineup procedure, which had serious flaws common to wrongful convictions where eyewitness misidentification was a contributing factor. The victim stated during Willis’ trial that the detective “showed me some pictures, and then told me to pick the ones that didn’t have a full beard…she said just pick the one who did it to you, and I said neither one of them.” Instead of asking her if the attacker’s face was among the photos, which is the correct procedure for a lineup, they told her that her attacker was, in fact, among the photos, and instructed her to find it. The victim also stated during her testimony that when she was unable to pick a face from the lineup, the name Calvin was then suggested to her, but she was still unable to pick a photo.

The testimony of the victim’s mother changed throughout the trial. First, she stated that she had never heard the name Willis before she spoke with the detectives, but soon after, she stated that she had heard the name. Later in her testimony, she said a detective suggested Willis’ name to her, and finally, she said that her daughter had said the name “Calvin” to her just before they arrived at the police station for the lineup procedure.

A neighbor testified that her dogs had started barking that night, prompting her to look out her window between 1:30 a.m. and 2:30 a.m. She saw a blue car with a black stripe drive by her house. A defense investigator’s report indicated that the neighbor had been interviewed a few days after the crime and did not report any unusual noises or vehicles at the time of the interview.

Despite the myriad contradictions by the witnesses and no real connection to the assault, Willis was convicted in February 1982 of rape and sentenced to life in prison without parole.

In 1998, Willis’ case was accepted by the Innocence Project. Evidence was located and the nightgown, rape kit (including fingernail scrapings), and boxer shorts were submitted to Forensic Science Associates for testing. Though no viable biological material was identified on the nightgown, results were obtained from samples found on the boxer shorts and the fingernail scrapings.

On September 18, 2003, he was released from the Louisiana State Penitentiary at Angola and was greeted by his family and long-time advocate, Janet Gregory. As he said shortly after his exoneration, “It feels wonderful…I waited a long time.”

Willis now lives in California and has re-married. He also reconnected with his two children, who were both quite young when he was wrongfully imprisoned, and who now have children of their own.

Willis’ story is highlighted in the movies, “The Wronged Man” (based on a 2004 GQ article), and the documentary, “After Innocence.”