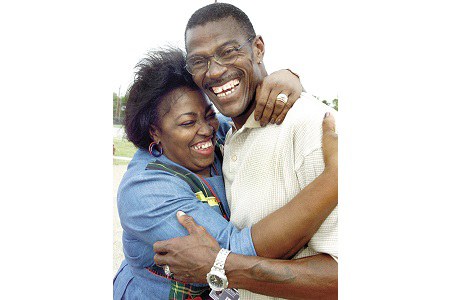 After serving more than 13 years of this sentence, Calvin E. Washington was exonerated after post-conviction DNA testing showed that blood on a shirt found in Washington's home did not come from the victim, as previously asserted.

Calvin E. Washington was convicted of capital murder in 1987.

On the night of March 1, 1986, the victim, who resided in Waco, Texas, returned home from work. The next morning her body was discovered–she had been beaten, raped, and murdered. It was alleged that Washington, either acting alone or with Joe Sidney Williams, intentionally murdered the victim in the course of committing burglary and sexually assaulting the victim.

The state determined the cause of death to be from blunt force injuries and asphyxia by smothering or strangulation. The prosecution also produced evidence that the defendants were in possession of the victim’s car on the morning of March 2, 1986 and had sold items belonging to the victim on the night of the crime. Witnesses testified that Washington had admitted to the burglary and a forensic analyst testified that a bite mark found on the victim was “consistent” with Washington’s co-defendant. While the analyst excluded Washington as the source of the bite mark, his bite mark testimony about the codefendant (which was given at Washington’s trial) tied Washington to the crime. Because there is not adequate empirical data on bite mark analysis, the analyst’s assertion that the bite mark was consistent with Washington’s co-defendant was inherently prejudicial and lacked probative value.

A jury convicted Washington of capital murder and sentenced him to life in prison.

After serving more than 13 years of this sentence, Calvin E. Washington was exonerated after post-conviction DNA testing showed that blood on a shirt found in Washington’s home did not come from the victim, as previously asserted. Testing also showed that fluids taken from the victim did not come from Washington, but rather from another man, Bennie Carrol, now deceased. Bennie Carrol committed suicide three years after admitting that he had raped an elderly woman who happened to be a neighbor of the victim.