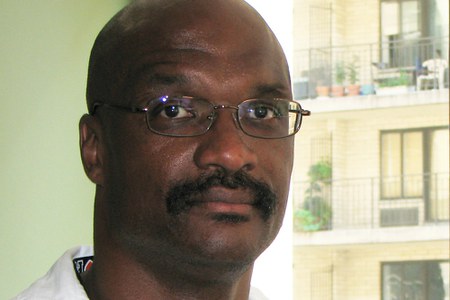 Byron Halsey spent 19 years in prison in New Jersey for two heinous child murders committed in 1985 by another man. Halsey, who was helping to raise the children, was interrogated by police for nearly two days straight before he falsely confessed to committing the crimes.

The Crime
In 1985, Byron Halsey was living in a Plainfield, New Jersey, rooming house with Margaret Urquhart and her two children, a seven-year-old girl and an eight-year-old boy. He was helping to support the family and raising the children as his own. On the night of November 14, Halsey was driven across town by a neighbor named Clifton Hall and dropped off with friends. Hall went home at that time, and the children were alone in Halsey and Urquhart’s apartment.

A couple of hours later, Halsey walked home to find the children missing. Throughout the night he called Urquhart, who was at work, and several other relatives, looking for the children. In the morning, the children were found dead in the basement of the rooming house by a repairman. The boy had been killed by nails driven into his head and the girl had been strangled to death. Both had been sexually assaulted.

The Investigation and Confession
Both Clifton Hall and Byron Halsey were immediately considered to be suspects by police. Halsey was interrogated for 30 hours during a 40-hour period shortly after the bodies were discovered. When this questioning led to a confession by Halsey, police stopped investigating Hall.

Halsey, who has a sixth-grade education and severe learning disabilities, offered varying accounts of the crime that did not agree with the evidence. On every key fact of the crime, including the location of the bodies and the manner of death, Halsey initially gave incorrect answers and had to guess several times before answering correctly. The detective interrogating Halsey later said many of his answers were “gibberish” and that he seemed to be in a trance during the process. However, the final statement signed by Halsey mentions neither these inaccuracies nor the process that led to the statement. None of the interrogation statements were audio or video recorded.

The Trial and Conviction
Halsey was charged with murdering and assaulting the two victims and went to trial in early March of 1988. Prosecutors, who sought the death penalty, argued that Halsey’s confession was valid but that he had included false information intentionally in order to avoid conviction. Clifton Hall was one of the witnesses to testify for the prosecution. Other witnesses corroborated Halsey’s timeline of his whereabouts on the night of the crime and testified about his phone calls searching for the children.

Results of a polygraph examination were admitted, though polygraph evidence has been proven to be unreliable. In addition, a “forensic geologist” and an expert in “forensic mettalurgy” testified about certain characteristics of the nails and of a brick that was said to have applied the impact.

After five days of deliberation, the jury convicted Halsey of two counts of felony murder and one count of aggravated sexual assault. He was given two life sentences plus 20 years. The jury had also acquitted Halsey of multiple charges, including the aggravated sexual assault of the boy. When the jury announced that Halsey had been acquitted of some charges, meaning he would not be eligible for the death penalty, spectators in the courtroom jeered loudly.

Post-Conviction Appeals
Since 1993, Halsey repeatedly requested – and was denied – access to post-conviction DNA testing in his case. In July 2002, New Jersey’s law granting post-conviction access to DNA testing took effect. In 2006, the Innocence Project secured testing of evidence from the crime scene in Halsey’s case. Testing was conducted in state labs and at Orchid Cellmark, one of the nation’s leading private labs, which provided some of the testing pro bono. Semen and cigarette butts from the crime scene were subjected to DNA testing, and the results not only proved Halsey’s innocence but also implicated Clifton Hall in the crimes. When these test results came back, Hall was in a New Jersey prison for three separate sex crimes in Plainfield in 1991 and 1992. He died in prison in 2009.

The Release and Exoneration
In May of 2007, the Innocence Project joined with the Union County District Attorney’s Office in filing a motion to vacate Halsey’s 19-year-old conviction for these crimes. A judge granted the motion and Halsey was released. The charges, however, were not dropped at that time. Halsey was forced to wear an electronic monitoring bracelet while prosecutors reinvestigated the crimes.

On July 9, 2007, prosecutors announced that they were dropping all charges against Halsey and he was finally officially exonerated. Halsey, who was born in prison to a mother who had been jailed for the crime of fornication, had served nearly half his life in solitary confinement for crimes he did not commit.