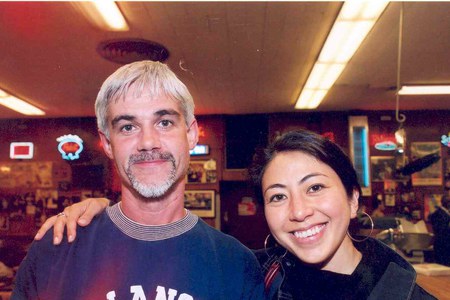 In May of 1987, Bruce Godschalk was convicted of two counts of forcible rape and two counts of burglary in Montgomery County, Pennsylvania. He received ten to twenty years for the crimes. Godschalk's conviction was based primarily on the eyewitness identifications of the victims and the detailed confession that was taken after his interrogation by police, a confession that has been proven to be false.

In 1986, two women in the same apartment complex were accosted by the same perpetrator. Both were awoken by an intruder and raped. Only one of the two victims was able to identify Godschalk. The second victim was able to assist police in creating a composite sketch of her assailant that was subsequently broadcast on television and placed in local newspapers. On December 30, 1986, the police received a call telling them that Bruce Godschalk resembled the man in the composite sketch.

On January 13, 1987, the police obtained a taped confession from Godschalk that contained information not available to the public. The two rapes were tried together in May of 1987. The prosecution relied on the identification made by the second victim, Godschalk’s confession, the testimony of a jailhouse snitch who claimed that Godschalk had made inculpatory statements, and the presence of semen in the evidence collected from the investigation of both crimes. Conventional serology could not exclude Godschalk from being the donor of the semen. The defense put forth an alibi defense, but Godschalk was convicted of both crimes.

Godschalk’s appeals were denied. He contacted the Innocence Project in 1995, after his own motion for DNA testing was denied. The Innocence Project tried for years to obtain a copy of the taped confession, which the prosecution refused to provide until 1999. The tape was sent to an expert, who concluded that it was likely that Godschalk had falsely confessed. The analysis of the confession notwithstanding, the District Attorney refused to allow access to the biological evidence for testing.

In their response to this motion, the prosecution revealed that they had sent the relevant evidence to a laboratory and had it tested, without the knowledge or consent of the Innocence Project. Prosecutors reported that their laboratory had not been able to obtain results and, furthermore, represented that the evidence had been consumed in this secret testing. The District Attorney also included an affidavit from the police officer that had elicited the confession from Godschalk.

Several of the “facts” represented in the District Attorney’s motion were false. Though they claimed that all of the evidence from one of the crimes was sent to the laboratory, a carpet sample with semen was never received by the laboratory. The District Attorney’s Office told the Court that the carpet sample was not introduced as evidence and was not significant to the case, though this sample originated from the home of the victim that could not identify Godschalk and was used at trial to tie him to the scene of the crime.

The prosecution had entrusted the same police officer that had elicited Godschalk’s confession with the delivery of the evidence to the laboratory. He had also been the investigating officer that had removed the carpet from the crime scene. The carpet sample resurfaced in October 2001.

The evidence from both cases was tested at Forensic Science Associates in January 2002. Not only were profiles obtained from the evidence in both rapes, the male profiles matched, meaning that the same perpetrator committed both crimes. Bruce Godschalk was excluded. The District Attorney had their own laboratory perform testing.

Despite the fact that their own laboratory obtained similar results from the evidence, the District Attorney’s Office refused to release Godschalk from prison, citing possibly flawed testing in the face of the evidence, namely the confession and the identification.

Finally, on February 14, 2002, Bruce Godschalk was released. He has maintained not only his innocence, but that his confession was coerced and the details it contained were provided by the investigating officer, allegations supported by the test results. After fifteen years in prison and seven years of fighting for DNA testing, Bruce Godschalk has been exonerated and freed from prison.