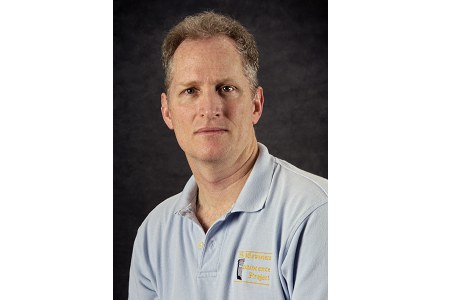 On the morning of April 27, 1987, an El Paso woman was assaulted in her home. A man in a stocking mask and bearing a gun forced her into a bedroom. He forced her onto the bed and threatened to kill her. Though he said he was only going to rob her, the assailant fondled and raped her before fleeing.

The victim put on her son’s robe and drove to a local store, where she asked the staff to contact the police. She was taken to the hospital, where a rape kit was collected. The examining physician observed sperm on slides prepared from the vaginal washings.

On the day after the attack, the victim went to the police station and helped police create a composite sketch. The next day, she viewed a photographic array that included Moon’s picture. She indicated that Moon looked like the perpetrator but that she couldn’t be sure. Police obtained a warrant and arrested Moon on May 1, 1987.

On May 2, 1987, the victim viewed a live lineup and identified Moon as the assailant after all the subjects put on a hat similar to the one worn by the perpetrator. Moon was the only person in both the photographic and live lineup procedures. Two other women were contacted by the police to make an identification. These women had also been attacked by a man police now believed to be Moon, in a similar fashion. They both identified Moon.

Moon’s trial began in December 1987. The victim testified that she was able to remember the structure of the assailant’s face, his physique, body size, nose, complexion, and his hands. She could not, however, tell police if he had a moustache or the color of his eyes due to the darkness of the hallway where she was accosted and the short amount of time she had to view her assailant.

The prosecution also relied on the testimony of the Texas Department of Public Safety (DPS) serologist who tested the rape kit and bedding taken from the scene of the crime. The serologist testified that he tested the items and compared the results to samples taken from Moon, the victim, the victim’s husband, and the victim’s son. His results indicated that Moon was a possible contributor of the semen recovered from the evidence, but that the victim’s husband and son were excluded. He testified that the semen was deposited by a non-secretor – one whose blood type antigens are not found in other body fluids – and that the husband and son were both secretors. Moon is a non-secretor.

The defense claimed that Moon was misidentified. They also presented evidence that Moon was excluded as a source of all of the hairs recovered. Moon testified that he was on the campus of his college at the time of the crime. Moon’s girlfriend testified that she had phoned him less than an hour before the crime occurred and had met him shortly after 9:15AM. The crime occurred at about 9:00AM. Further, the defense argued that Moon had no car and could not have had the opportunity to commit the rape.

The prosecution was allowed to introduce the testimony of one of the other victims that had identified Moon as her assailant. Both crimes, according to the prosecution, were similar enough and distinctive enough to point to the same perpetrator. The jury convicted Moon and he was sentenced to 75 years in prison.

After his conviction, Moon continued to proclaim his innocence and began filing motions to have the evidence tested. In 1989, Moon won access to the evidence for DNA testing. The 1990 results excluded him as the contributor of the semen on the bedspread. Using RFLP based DNA testing, the laboratory was only able to get results from this one sample. Though he was excluded, the profile obtained was never compared against those of the victim or her husband and son. Moon petitioned the courts to allow more testing on the sample using better technology and asked for the profile to be compared to the victim. The court denied his motion, citing the laboratory’s inability to determine if any male DNA was found.

Further testing was conducted by the Texas Department of Public Safety in 1996, though Moon did not learn of the results until 2004. These results were similarly limited because reference samples were never submitted, despite the laboratories request for these samples.

After Texas passed its postconviction DNA testing statute in 2001, Moon filed for further testing. The El Paso Public Defender was appointed to represent him. Moon won access to the evidence for more testing and the evidence was sent to a DPS lab in El Paso in October 2002. STR based DNA testing was conducted. The results excluded Moon as the contributor of the semen on all samples. The laboratory found that two male profiles were obtained – one on the comforter on which the rape took place and one on the bathrobe. Both samples contained a mixture of the victim’s DNA and that of an unknown male.

Further review of the results in 2004 confirmed that the victim’s son was also excluded as a contributor to the samples. In November 2004, the victim’s ex-husband was located and consented to having his profile compared to the profiles found by DPS. Testing confirmed that he was the contributor of the semen on the comforter. That left the unknown male profile on the robe, a profile from spermatozoa that could not have been left by Brandon Moon.

The results of DNA testing not only demonstrate Moon’s innocence, they point to serious flaws in the test results from trial. As DNA testing confirms that the comforter stain originated from the victim and her then husband, it is disturbing that the serologist at trial claimed the husband was definitively excluded as the source. If no blood type antigens were detected from the sample, while at the same time the victim herself was determined to be a secretor, no conclusions should have been made from the testing – certainly not that the semen had to have come from a non-secretor.

In December 2004, Brandon Moon was freed from prison after postconviction DNA testing proved his innocence. He was officially exonerated in 2005.