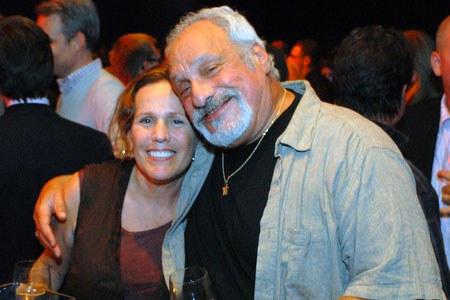 Barry Gibbs was convicted in New York City of committing a murder he didn't commit based on misconduct by a NYPD detective later convicted of arranging and committing several murders and cover-ups on behalf of an organized crime family. Gibbs served 17 years in prison before new evidence led to his release.

The Crime
On the afternoon of November 4, 1986, the body of an African-American woman was found lying under a blanket near a busy Brooklyn highway. She had been strangled to death.

The Investigation and Identification
The lead New York Police Department detective assigned to the case was Louis Eppolito.

A witness told Eppolito that he had been jogging on the day of the crime and had seen a white man and a black woman sitting in a gray car parked by the highway. The man said he then watched the white man walk to the passenger side of the car and pull out a body, lay it on the ground and place a blanket over it. The jogger said the perpetrator noticed him after just three seconds and ran back to the driver side.

Eppolito apparently learned that Barry Gibbs knew the victim. Gibbs voluntarily participated in a line-up and consented to a police search of his apartment. During the search, police found a pair of red jeans that matched eyewitness testimony of what the perpetrator was wearing during the crime; however, the jeans did not fit Gibbs. Police also discovered that Gibbs owned a gray car similar to the perpetrator’s car but Gibbs’ car was inoperable, had two flat tires, and had not been driven for a substantial amount of time.

During the police lineup, the witness who observed the perpetrator dispose of the victim’s body identified Gibbs as the perpetrator despite physical differences in stature and weight. Additionally, a park police officer told responding officers he had seen the perpetrator but was never asked to identify the suspect in a police line-up.

An autopsy was performed on the victim’s body. Testing conducted on hair samples found on the victim revealed Caucasian characteristics.

The Trial
The prosecution’s case was based on both eyewitness testimony and snitch testimony.

The jogger testified about seeing a white man dump the body. Another state witness was a jailhouse informant who had a very close relationship with a criminal investigator in the Department of Corrections and an extensive arrest record. The informant, who had testified for the state in several other cases, testified that he spoke to Gibbs while he was in jail awaiting trial and Gibbs admitted to killing the victim. A defense witness, who was also incarcerated with Gibbs pre-trial, offered contrary testimony that in conversations with Gibbs over a 4-month period, Gibbs always maintained his innocence. Based on the eyewitness and snitch testimony, Gibbs was convicted and sentenced to 20 years to life in prison.

Post-Conviction Appeals and Exoneration
Nine years after his conviction, Gibbs contacted the Innocence Project for assistance in obtaining DNA testing to prove his innocence. In response to an Innocence Project motion, a Brooklyn judge ordered the State to search for the evidence — including the Caucasian hairs and rope used to strangle the victim, DNA testing on any found items. Despite repeated searches for physical or biological evidence in the case, none could be found. Some of the evidence in the case had been reported as destroyed, other items were never found. Read more about New York City’s problems with evidence storage and retention here.

Gibbs’ police investigation file was also missing at the time. In 2004, after exhausting all possible searches for evidence, the Innocence Project began the process of referring the case to another project. The next year, police began investigating Eppolito, who had retired from the NYPD, for alleged ties to organized crime. In a search of Eppolito’s house in Las Vegas, officers found Gibbs’ police file. The Innocence Project once again began working on his case, and requested the US Attorney’s office investigate Gibbs’ claim of innocence. That re-investigation led to further evidence of Gibbs’ innocence.

Eppolito and another former NYPD detective have since been convicted of eight murders and several other charges based on evidence that they plotted and carried out murders on behalf of the Mafia.

In 2005, the eyewitness who had testified at Gibbs’ trial that he had seen the perpetrator while jogging in the area recanted his testimony. He said Eppolito had threatened his family if he didn’t identify Gibbs in the lineup and again in court.

Based on the witness’s recantation, Gibbs was freed from prison in 2005 and cleared. He had served more than 17 years in prison for a murder he did not commit.