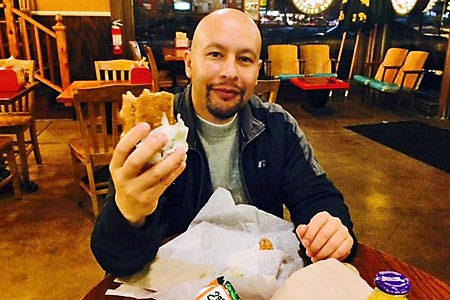 On March 10, 2015, Angel Gonzalez was exonerated after serving over 20 years in prison for a rape that he did not commit. In 1994, Gonzalez was misidentified by a rape victim as her assailant. After he was arrested, he was then misled by police into signing a false confession. Although Gonzalez maintained his innocence from the beginning, it wasn’t until 2013 that he was finally able to prove his innocence through DNA testing.

On the night of July 10, 1994, a woman was abducted by two men from her apartment building in Waukegan, Illinois. The victim had gone downstairs after her buzzer rang and no one came up. When she opened the door, two men grabbed her and forced her into a car. They drove to a backyard several blocks away where they both raped her.

After the attack, the victim was completely traumatized. She eventually found a nearby Seven-Eleven, and police were called for assistance. Police obtained an initial description of the attackers from the victim. She described them as two Hispanic men, both about 25 years old, medium weight, slightly taller than her (5’7”), with dark hair. She described the car as a dark colored, late model, four-door sedan with tinted windows.

Police returned with the victim to her apartment building to search for evidence later that night. The victim’s boyfriend arrived and spoke with police who gave him a general description of the attackers’ car. From approximately 50 feet away, the victim’s boyfriend then saw Angel Gonzalez’s car pulling out of a parking area on another side of the building. Gonzalez’s car was a dark 1979 Cadillac sedan with tinted windows. The victim’s boyfriend told police that he didn’t think the car belonged on the property (Gonzalez did not live in the building, but was visiting his girlfriend’s sister, who lived there). Officers were unable to catch up with Gonzalez but obtained his license plate number.

After dropping his girlfriend off at home, Gonzalez was stopped by an officer on the road, who approached Gonzalez’s car with a spotlight and his gun already drawn. When Gonzalez asked the officer why he had been stopped, he was only told that his car matched the description of a vehicle that was used in a crime that night. Gonzalez was handcuffed and placed in the officer’s car. Notably, Gonzalez did not match many details in the description of the attackers, which had been radioed in to the officer who stopped him. Gonzalez had a notable goatee and a large birthmark under his right eye; the victim did not mention her attackers having facial hair or a birthmark.

The victim was taken to where Gonzalez’s car had been stopped in order to identify him. With the squad car directly behind and illuminating Gonzalez’s car, the victim positively identified the car. An officer then took Gonzalez out of the squad car and placed him in front of the patrol car in which the victim was sitting in the backseat. The victim did not get out of the car but made her identification from the backseat of the patrol car. After the victim positively identified Gonzalez, he was immediately put back into the squad car, giving the victim no chance to look at him up close.

Gonzalez was kept in police custody throughout the night after he was arrested. He was scared and confused as to why he had been taken in and not allowed to sleep. Gonzalez, who is a Mexican national, had only been in the United States a little over a year and spoke very limited English at the time. He was never told why he had been arrested, just that he had hurt a woman.

Detectives Artis Yancey and Lou Marquez were assigned to the case. By the time their interrogation began, Gonzalez had been awake for about 26 hours. Gonzalez was read his Miranda rights in English and waived them, allowing the detectives to question him. Gonzalez maintained his innocence and provided an alibi—that he had been visiting his girlfriend’s sister, Myrna, at the time of the crime. The alibi was never investigated by the detectives despite the fact that they returned to the apartment building where Myrna lived to examine the crime scene.

Eventually, Gonzalez’s interrogation switched to Spanish and was led by Detective Marquez. Gonzalez was asked to write out a statement in Spanish, of which Detective Marquez typed up an oral version in English. It was later revealed that the two statements were completely different. That evening, a videotaped confession was recorded which only showed Gonzalez being read his Miranda rights and signing the statement that Detective Marquez prepared in English.

Despite having four alibi witnesses testify in his defense in court, the victim’s identification of Gonzalez and his signed confession proved to be the most compelling pieces of evidence in the case. Gonzalez was convicted of aggravated sexual assault and aggravated kidnapping and he was sentenced to 40 years in prison.

In 2001, Gonzalez obtained post-conviction DNA testing which identified one male DNA profile present in the rape kit—this profile excluded Gonzalez. Although the DNA tested did not match Gonzalez, it was not enough evidence to prove his innocence because there had been two perpetrators.

In August 2012, the Innocence Project opened Gonzalez’s case in order to conduct additional DNA testing, and enlisted the help of the Illinois Innocence Project as local counsel.  In March 2013, the Innocence Project requested that the Lake County State’s Attorney Office consent to testing. Michael Nerheim had recently taken office as the new State’s Attorney and he agreed to the testing immediately. Testing done on multiple pieces of evidence (the victim’s shorts, the victim’s tampon—which was removed by the attacker—and sperm from the rape kit) revealed two distinct male DNA profiles, both of which excluded Gonzalez.

On March 10, 2015, Gonzalez’s conviction was vacated, however he was not released from prison because he had a property damage conviction on his record. The conviction was the result of him breaking a sink while he was in solitary confinement. Gonzalez had been sentenced to an additional three years on account of the damaged sink. The day following the vacating of his conviction, Gonzalez returned to court to fight the property damage conviction on the grounds that he had been wrongfully imprisoned in the first place and that he had pled guilty to damaging the sink without an interpreter present. Gonzalez’s second conviction was voided and he was finally released hours later.