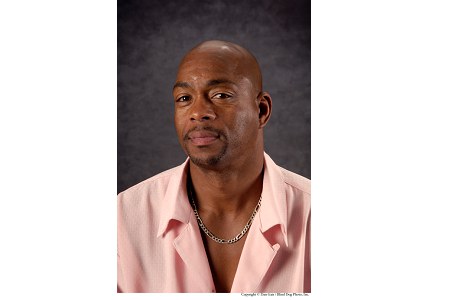 In February 1992, Albert Johnson, engaged to be married and with children, was stopped for speeding, arrested, prosecuted, and convicted of two counts of sexual assault. He was sentenced to 39 years in prison.

In February 1992, Albert Johnson, engaged to be married and with children, was stopped for speeding, arrested, prosecuted, and convicted of two counts of sexual assault. He was sentenced to 39 years in prison. The police had been alerted to a rape committed that evening by a black man driving a small white car. On the basis of that information alone, Johnson became the prime suspect. Ultimately, he would be convicted of both that rape and a second in a nearby city.

The victim in the first case, a young white woman, said she was raped by a black stranger in a white car. The woman was talking on a pay phone as the stranger stopped for directions. As she approached his car, she saw a metal object, guessed it was a gun, and felt she had no choice when the driver insisted she get in the car. She was taken to a secluded intersection, forced to perform oral sex, and raped. About an hour later, Johnson was pulled over for speeding. Once the officer heard the report and saw a chrome bar in the car, Johnson became a prime suspect. Before being taken to the hospital, the victim was driven to the intersection where Johnson had been stopped for a one-on-one show-up identification. Although the victim was instructed that the man she would see may or may not be her assailant, she told the officer that she made a quick and confident identification of Johnson and his car. Johnson repeatedly requested DNA testing, but his request was not granted and the rape kit was destroyed.

The victim of the second assault was jogging at a high school when a black man approached her and demanded, at gunpoint, that she stop. He took her behind a building, forced her to perform oral sex, and raped her. He stole her watch and gold chain and walked her back to the track before telling her to leave. There were no suspects in this case until Johnson, whom the lead detective had known since childhood, was arrested for the nearby rape. The detective assembled a photographic lineup that contained Johnson’s picture. He then administered a highly suggestive lineup, assuring the victim that the perpetrator was present, despite her reservations, and encouraging her to make a selection. The woman said that Johnson had lighter skin than her attacker, but the detective explained that Johnson had been in prison working out and had little exposure to sun, hence the lighter skin. Ultimately, she identified Johnson as the assailant, at which point she was given confirmation that he was the suspect. She would later claim that she was pressured into making this identification.

Johnson studied law while incarcerated and sought DNA testing for the two rape cases. Unfortunately, his lawyer on the first case – whom he later accused of negligence for failing to pursue DNA testing or consult eyewitness identification experts – never filed a petition to preserve the rape kit, so it was destroyed. Thanks to the attorney who tried the second case, the kit from the second victim was preserved for testing. In October 2002, test results revealed that Johnson could not have been the perpetrator of the second assault. Despite continued assertions of his guilt from the District Attorney and victim in the first case, Johnson was exonerated and freed from prison.