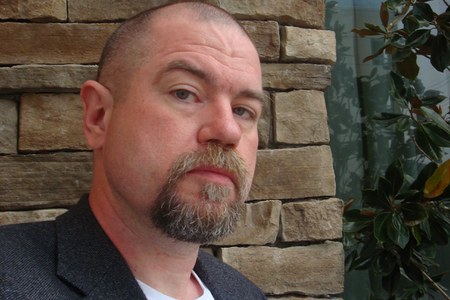 Curtis Edward McCarty was exonerated in 2007 after serving 21 years – including 19 years on death row – for a 1982 Oklahoma City murder he didn’t commit.

Curtis Edward McCarty was exonerated in 2007 after serving 21 years – including 19 years on death row – for a 1982 Oklahoma City murder he didn’t commit. McCarty was convicted twice and sentenced to death three times based on prosecutorial misconduct and testimony from forensic analyst Joyce Gilchrist, whose lab misconduct has contributed to at least two other convictions later overturned by DNA evidence.

The Crime and Arrest
On December 10, 1982, 18-year-old Pamela Kaye Willis was found murdered in the Oklahoma City home where she was staying. Willis was nude and she had been stabbed and strangled.

Curtis McCarty became a suspect because he was an acquaintance of the victim. Soon after the murder in 1983, Gilchrist compared hairs from the crime scene with McCarty’s and found that they were not similar. Police interviewed McCarty several times over the next three years, but he was not arrested until 1985. At that time, Gilchrist covertly changed her notes and reversed her findings, saying now that the crime scene hairs could have been McCarty’s. Attorneys for McCarty did not discover the change in Gilchrist’s notes until 2000, when she was under investigation for fraud in other cases.

The Trials
At McCarty’s trial in March 1986, the prosecution relied on the testimony of Gilchrist, an Oklahoma City Police chemist, who said that hairs from the crime scene could be attributed to McCarty. Based on the hairs, Gilchrist said McCarty “was in fact” at the crime scene. She also testified that McCarty’s blood type matched the blood type of sperm found on the victim’s nude body. Oklahoma City District Attorney Robert H. Macy commited misconduct in presenting the case to the jury witholding key evidence. The jury convicted McCarty and he was sentenced to death.

McCarty was on death row for two years before Oklahoma’s highest court overturned his conviction due to prosecutorial misconduct, improper forensic procedures and comments made on the stand by Gilchrist. McCarty was retried in 1989 with Gilchrist again testifying for the state. The jury was again told that hairs from the crime scene could have come from McCarty. He was again convicted and sentenced to death.

Macy, who led both prosecutions against McCarty, sent 73 people to death row during his 21 year career – more than any other prosecutor in the country. Twenty of those 73 have been executed.

In 1995, an appellate court upheld McCarty’s conviction but ordered new sentencing due to a jury instruction problem in the second trial. A new jury heard four days of testimony in 1996 and handed down McCarty’s third death sentence.

Post-Conviction Appeals and Developments
In 2000, Gilchrist was under investigation for allegedly reporting false forensic results in other cases. That same year, she was asked to re-examine the hair evidence on appeal and she said that it would be suitable for DNA testing. However, when defense attorneys asked her to produce the evidence, she said it had been lost or destroyed. These hairs have never been found. At the close of the investigation, Gilchrist was fired due to the forensic fraud she had committed in several cases. Her false testimony has contributed to two other wrongful convictions that were later overturned by DNA testing, those of Jeffrey Todd Pierce and Robert Miller. She testified in thousands of cases during her 20-year career.

Attorneys for McCarty were able to secure DNA testing in 2002 on sperm recovered from the victim’s body, and test results showed that the sperm did not match McCarty. The Innocence Project became involved in McCarty’s case in 2003 and initially consulted with post-conviction attorneys Vicki Werneke and John Echols. In 2005, these attorneys won a new trial after an evidentiary hearing before judge Twyla Mason Gray, who ruled that Gilchrist’s misconduct and bad-faith destruction of evidence had tainted McCarty’s conviction. As a third trial was scheduled, McCarty was represented by the Innocence Project, along with attorneys Perry Hudson and Marna Franklin. In 2007, additional DNA testing showed that evidence recovered from scrapings of the victim’s fingernails was from a male and did not match McCarty. Further forensic analysis showed that a bloody footprint on the victim’s body could not have been McCarty’s. Based on this exculpatory evidence, as well as the misconduct by Gilchrist, McCarty’s attorneys moved to dismiss the charges before a third trial was held. On May 11, 2007, Judge Gray granted the motion and McCarty was released from state custody. Prosecutors did not appeal the decision.

When he was released, McCarty had been in Oklahoma prisons and jails for 22 years, 19 of which he spent on death row. He is the 15th person nationwide – and the third in Oklahoma – to be exonerated by DNA testing after serving time on death row.