California Man Exonerated by DNA after Eight Years in Prison 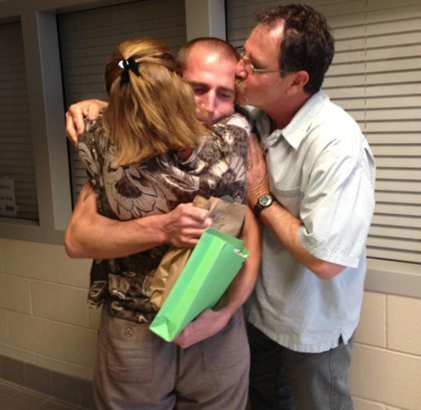 Uriah Courtney was exonerated Monday when a San Diego Superior Court Judge dismissed the charges based on DNA evidence of his innocence. Courtney was joined by


“I knew I was innocent, and it was great to have somebody come along who thought that, too, and could actually do something about it,” Courtney said.

In 2004, Uriah Courtney was wrongfully convicted of raping and kidnapping a 16-year-old girl and sentenced to life in prison. The California Innocence Project took on his case in 2010. After the victim was abducted and assaulted, she managed to escape, but she was unable to describe her attacker’s face. She did remember a truck at the scene and described that to police. The truck belonged to Courtney’s stepfather which was the only link between him and the crime. DNA testing at the time didn’t provide any meaningful results and although the victim voiced her uncertainty, she ultimately identified Courtney as her attacker.

Brooks accepted Courtney’s case knowing that newer and more sophisticated DNA testing could help the case and opened an investigation. Working together with the San Diego County District Attorney’s Office to retest evidence, they discovered DNA that belonged to another man in their database. Courtney was released from prison last month and is looking toward the future.


“I’m not going to sit here and dwell on the past and be angry and bitter over what I’ve experienced,” Courtney said. “I’ve learned from it. I’ve grown stronger.”