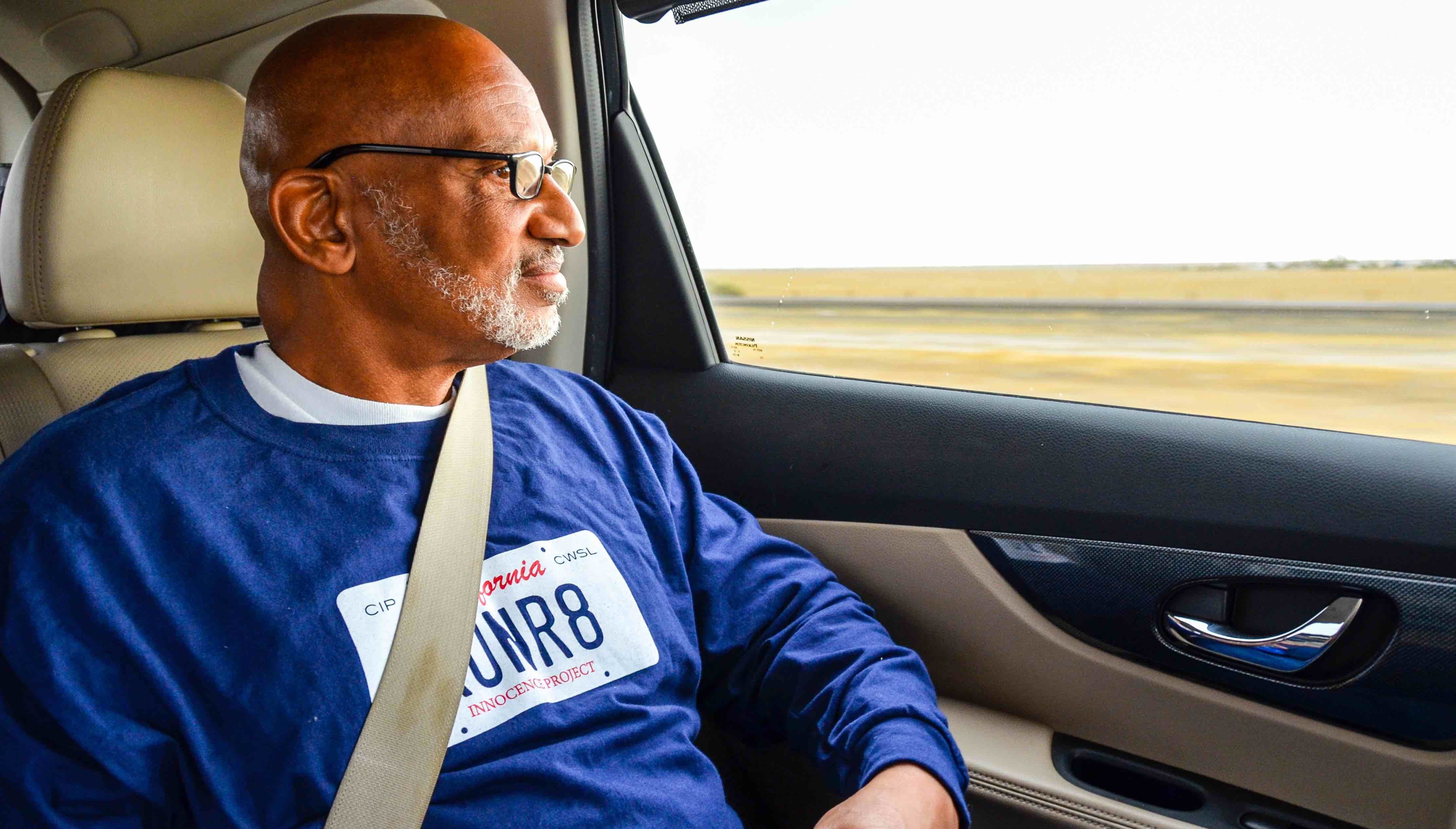 Horace Roberts shortly after he was released from prison wearing a CIP shirt. Photo courtesy of the California Innocence Project.

Yesterday, California Innocence Project (CIP) client Horace Roberts was exonerated after spending more than 20 years incarcerated for a murder he did not commit. It was also announced yesterday that the victim’s husband and nephew have since been arrested for the crime and will soon be charged with the victim’s murder.

Roberts was convicted of second-degree murder in 1999. According to the prosecution, Roberts and the victim had been having an affair. Roberts’ conviction largely rested on his watch being found next to the victim’s body, his truck being located near the crime scene and his having made inconsistent statements.

The CIP accepted Roberts’ case in 2003. Justin Brooks, director of the CIP and a professor at the California Western School of Law, said the CIP “initially became interested in the case because there was no physical evidence linking him to the crime.”

In 2007, the CIP submitted crime scene evidence for DNA testing, which revealed two unknown male profiles. In 2017, the CIP conducted more sophisticated DNA testing that was not available at the time of trial or in 2007. According to the CIP’s press release, DNA on the watch alleged to have belonged to Roberts and DNA under the victim’s left hand fingernails matched the victim’s nephew, a convicted sex offender. DNA under the victim’s right hand fingernails and a bloodstain on her pants matched an unknown male.

“What happened to Mr. Roberts is tragic,” District Attorney Mike Hestrin said. “We as prosecutors always strive to be vigilant and follow the truth. Once I learned of the new DNA findings, I immediately directed that all charges be dismissed. Mr. Roberts has my commitment that we will aggressively apply new technologies to past, present and future prosecutions.”

After more than 20 years in prison for a crime he didn’t commit, Roberts is now home with his family and enjoying his freedom.

“This is what I missed more than anything—my freedom,” Roberts told reporters with a smile.

Horace Roberts is the 29th person freed by the CIP since its founding in 1999.