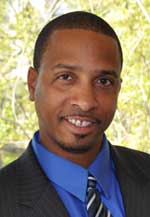 It has been a year since Obie Anthony’s murder conviction was overturned after 17 years of wrongful imprisonment. Anthony’s conviction was vacated after the Northern California Innocence Project presented evidence that a key trial witness lied to the jury about Anthony’s involvement and has since recanted.

Anthony was 19 when he was wrongfully convicted. Though the District Attorney sought the death penalty, he was instead sentenced to life in prison without the possibility of parole. In an op-ed that appeared in The Reporter, an edition of the

, Anthony calls for support of California’s Proposition 34 to abolish the death penalty.


I can’t get back the 17 years that were wrongfully taken from me, but I can continue to fight and ensure that no innocent man or woman is ever executed in California. That is why I support Proposition 34 to replace the death penalty with life in prison without the possibility of parole in California.

Hundreds of innocent people have been wrongfully convicted of serious crimes across California and three of those innocent men and women were sentenced to death.

I was almost one of them.

As long as we have the death penalty in California we will run the risk of making a fatal mistake. Proposition 34 is the only way to eliminate that risk.

If passed, Proposition 34 will also establish a $100 million fund for DNA testing to help prevent wrongful convictions and subsidize crime labs. And according to the nonpartisan Legislative Analyst’s Office, Proposition 34 would save California $130 million a year.