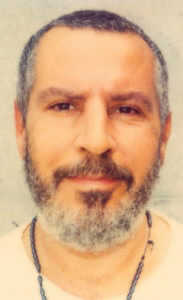 An editorial in today’s Buffalo News said that lawmakers in Albany have ignored the wrongfully convicted and their families by delaying the implementation of criminal justice reforms in New York State.
Anthony Capozzi was wrongfully convicted of committing two sexual assaults in Buffalo, New York, in the mid-1980s. He spent over two decades in prison for these crimes before DNA testing proved his innocence and revealed the identity of the true perpetrator who had gone on to commit multiple rapes and murders while Capozzi was wrongfully imprisoned. Amid the 22 years separated by prison bars, Capozzi’s parents never lost faith in their son’s innocence.
Albert Capozzi died Monday at age 87 and, as New York continues to avoid taking responsibility for a criminal justice system that does too little to distinguish between the innocent and the guilty, the passing of this generous spirit should not go unnoticed. He and his family suffered a hell most of us cannot imagine as the unrecognized victims of the problem of wrongful conviction. Mary Capozzi died three years ago.
Reforms backed by police and prosecutors that would diminish the chances of convicting the wrong person include better lineup procedures to prevent misidentification by witnesses and recorded interrogations to guard against false confessions. For the past several years, the Innocence Project and the New York State Justice Task Force, created by Chief Judge Jonathan Lippmann, have urged the state to adopt these comprehensive criminal justice reforms.
No system can fully protect against the problems of human nature, whether misidentification by witnesses or hasty decisions by police under pressure to get a criminal off the streets. But we can do better than we are now.
Twenty-seven people have been wrongfully convicted and exonerated through DNA testing in New York State.
Read the