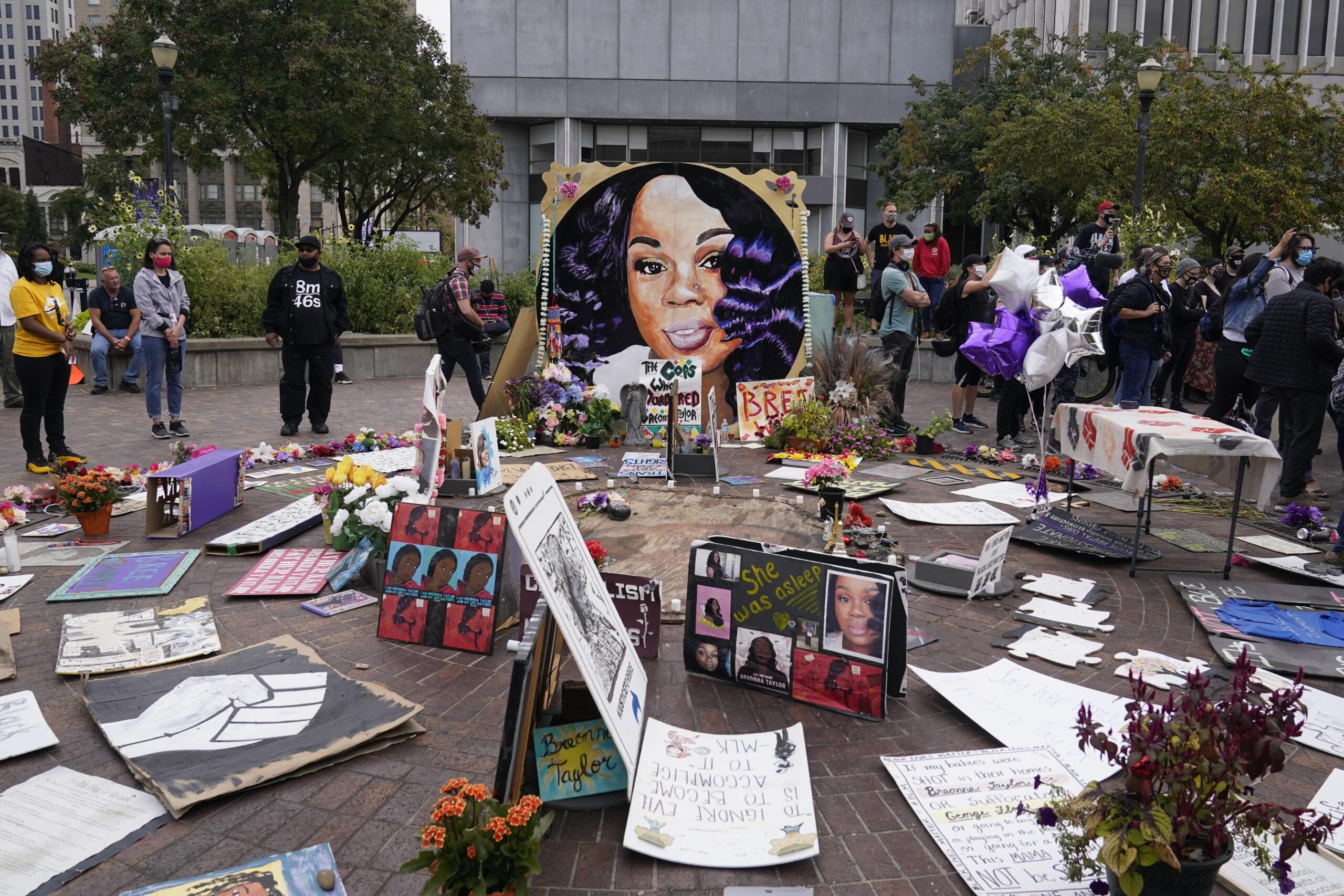 People gather in Jefferson Square awaiting word on charges against police officers, Wednesday, Sept. 23, 2020, in Louisville, Kentucky. A grand jury has indicted one officer on criminal charges six months after Breonna Taylor was fatally shot by police in Kentucky. The jury presented its decision against fired officer Brett Hankison Wednesday to a judge in Louisville, where the shooting took place. (Image: AP Photo/Darron Cummings)

A grand jury indicted one of three police officers involved in Breonna Taylor’s killing in Louisville, Kentucky, today. The charges against Brett Hankinson, the only officer to be fired so far in connection with the case, stem from shots he fired into a neighboring apartment. To date, neither he nor any of the other officers involved have been held accountable for their roles in Taylor’s death.

The announcement has been met with renewed protests and calls for greater accountability, a cause to which the Innocence Project is deeply committed.

Among the thousands of people exonerated in the last 30 years, half were wrongfully convicted in cases involving police and/or prosecutorial misconduct, according to a recent report from the National Registry of Exonerations. Yet, through mechanisms like qualified immunity and “cooling off periods,” officers accused of or known to have engaged in misconduct often receive more legal protection than innocent people. Without meaningful police accountability, such misconduct can and does lead to injustice, including wrongful convictions, and — as in Taylor’s case — needless death.

Taylor, an emergency medical worker, was killed by police officers, who entered her apartment and fired 20 rounds at the 26-year-old and her boyfriend in March. The officers were searching for Taylor’s ex-boyfriend, whom they suspected of a drug-related offense. According to Taylor’s family’s lawyers, law enforcement had already located the man elsewhere at the time Taylor’s killing.

Her death, as well as those of George Floyd, Elijah McClain, Daniel Prude, and countless others sparked nationwide protests and demands for justice and accountability among law enforcement and the legal system. Their cases also inspired renewed calls for racial equality and an end to the disproportionate use of violence against and over-incarceration of people of color, particularly Black Americans.

In the wake of widespread outrage over Taylor’s death, Louisville officials have banned the use of no-knock warrants, which police were initially said to have used to enter Taylor’s apartment. But calls for police accountability in this case, heard across the country throughout the summer, continue to go unanswered.

Add your name to stop the Dec. 3 execution of Pervis Payne

The Innocence Project is committed to increasing transparency around police misconduct and to ensuring police accountability through the advancement of policies designed to prevent future misconduct and injustices like these.