15 Books to Read During Black History Month and Beyond

From science fiction to memoirs to history, these are must-reads for any time of year. 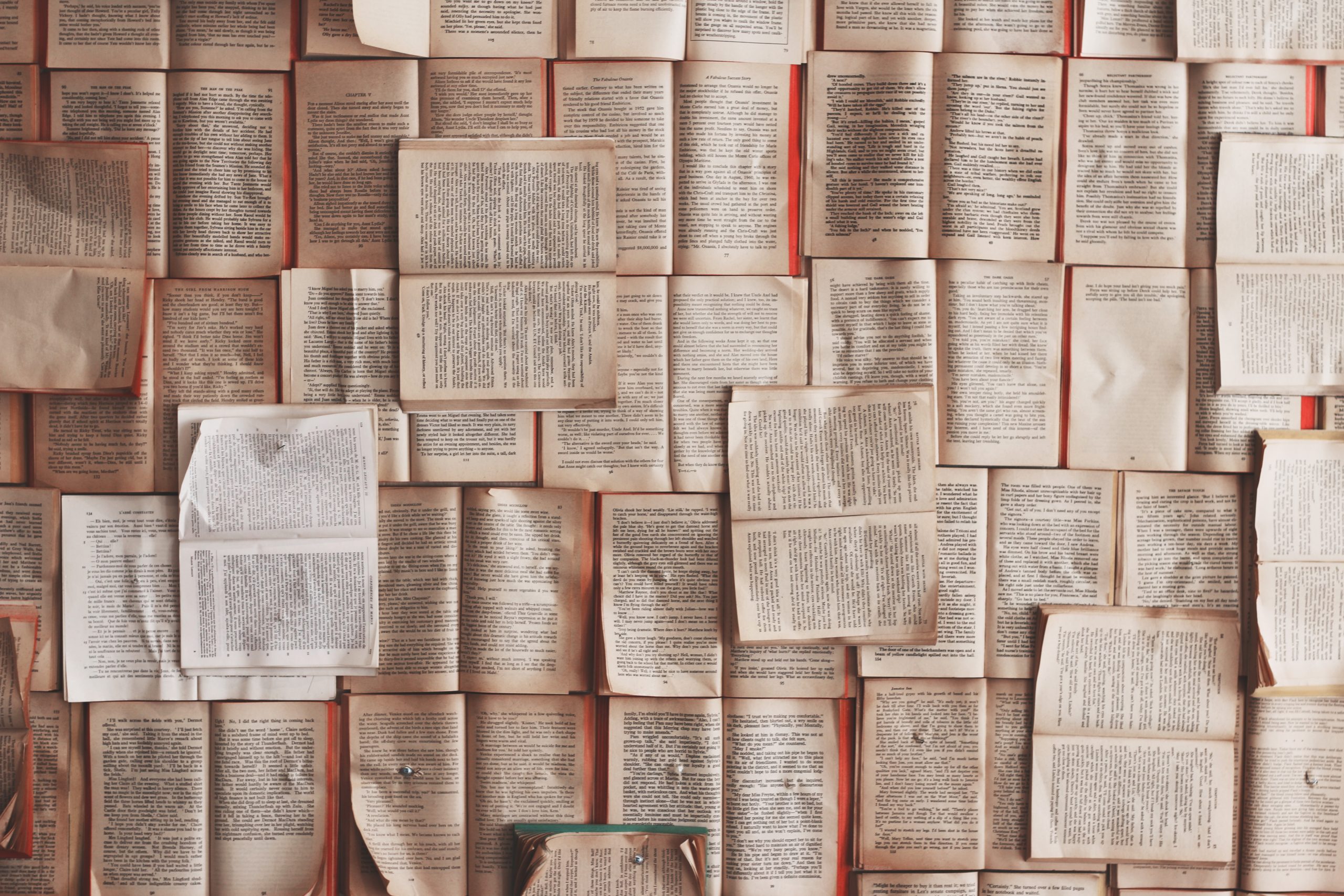 February is Black History Month, and so we asked the Innocence Project’s staff to share books that have inspired them to reflect on Black history. The powerful books they selected below touch on everything from how the legacy of slavery in the U.S. has contributed to mass incarceration to exploring what it means to be a young Black person in America today — plus some interesting reads by talented Black authors touching on other forms of injustice.

Throughout this month, we’ll be highlighting the disproportionate impact of mass incarceration on Black people, including on death row, and honoring icons of the civil rights movement and pioneers of change. These essential reads get to the heart of many of these issues, so if you’re looking for a way to learn more this month check our recommendations. And tell us what you’re adding to your reading list in the comments below.

1.  The Dead Are Arising: The Life of Malcolm X by Les Payne and Tamara Payne

Over 30 years, Pulitzer Prize-winning journalist Les Payne spoke to anyone he could find who knew Malcolm X. What resulted is this incredible biography of the civil rights leader, which paints a portrait of Malcolm X unlike any other. The winner of the 2020 National Book Award for Non-Fiction, this biography is a must-read. Get it here or at your local bookstore.

In this memoir, Mr. Laymon writes about growing up in Jackson, Mississippi. He poignantly discusses his struggles with his weight, abuse and family, and contemplates the dynamics of race and America’s fraught racial history on his life and the lives of those around him. Get it here or at your local bookstore.

3. Punching the Air by Ibi Zoboi and activist Yusef Salaam

Co-authored by Yusef Salaam, a member of the Exonerated Five and the Innocence Project’s board of directors, this moving young adult novel tells the story of a wrongly convicted boy. Ms. Zoboi told NPR that the main character is inspired by Mr. Salaam because, “I write books for children, and I wanted the world to remember that Yusef was a child when this happened to him and I was a child as well.”

Innocence Project supporters will receive a free shipping discount when they purchase Punching the Air with this link.

4. Pushout: The Criminalization of Black Girls in Schools by Dr. Monique Morris

While arrests of girls between the ages of 13 and 17 have declined overall, Black girls are coming into contact with the juvenile justice system at disproportionately high rates. That has to do with the way society treats young Black girls, Dr. Morris argues. In this work of nonfiction, she examines the unique experiences of young Black girls in school, interrogating the ways in which today’s schools and systems dehumanize and criminalize Black girls from an early age, leaving life-long impacts. Get it here or at your local bookstore.

5. All About Love: New Visions by bell hooks

Celebrated Black feminist writer and professor bell hooks frequently writes on the intersection of race, gender and society. But in All About Love: New Visions, hooks examines the foundation of love and the ways in which cultural norms have shaped how we love one another. In less than 200 pages, hooks lays out her framework for understanding love and becoming more open to giving and receiving love, and in doing so advancing justice and humanity. Get it here or at your local bookstore.

6. Another Country by James Baldwin

No list of great Black literature would be complete without Mr. Baldwin’s work. In this 1962 novel, Mr. Baldwin paints a portrait of New York City’s Greenwich Village and Harlem neighborhoods as he saw them. He challenges the characterization of New York City as a harmonious “melting pot,” and instead highlights the ways in which continued racism can become internalized and affect interpersonal relationships. Another Country was criticized by many and banned in some places, including New Orleans and Australia, at the time of publishing. But, today, is considered an important and influential writing. Get it here or at your local bookstore.

In her first novel, Ghanaian-American writer Yaa Gyasi traces the details the slave trade’s impact on two continents over eight generations. Focusing on two half sisters and their descendants, Homegoing highlights the ways in which the legacy of slavery has shaped race dynamics and changed lives over hundreds of years, and still does to this day. Get it here or at your local bookstore.

8. Those Who Know Don’t Say: The Nation of Islam, the Black Freedom Movement, and the Carceral State by Garrett Felber

Garrett Felber examines the history of the Nation of Islam, a Black political and religious movement, and its struggle against policing and prisons as part of the Black Freedom Movement. The book also looks at the ways in which the Muslim community’s organizing during the civil rights era paved the way for the modern-day prison abolition movement. Get it here or at your local bookstore.

“I am invisible because people refuse to see me … When they approach me they see only my surroundings, themselves, or figments of their imagination — indeed, everything and anything except me,” Mr. Ellison wrote in Invisible Man.

The novel follows the life of an unnamed narrator, a Black man who grows up in a small Southern town, attends a Black college, and moves to New York where his life takes a turn. The celebrated work of fiction considers issues of race and social structures still relevant today. Get it here or at your local bookstore.

10. The Warmth of Other Suns: The Epic Story of America’s Great Migration by Isabel Wilkerson

Ms. Wilkerson’s book draws its title from a poem by celebrated author Richard Wright, in which he wrote that he had left the South and moved to Chicago in the hopes of feeling “the warmth of other suns.”

In Ms. Wilkerson’s The Warmth of Other Suns, she tells the powerful, true stories of three Black Americans who, like Mr. Wright and millions of others, left the South between 1915 and 1970 to seek opportunity and freedom from Jim Crow rule elsewhere in the U.S. Get it here or at your local bookstore.

11–13. The Broken Earth Trilogy: The Fifth Season, The Obelisk Gate and The Stone Sky by N.K. Jemisin

In the first installment of Jemisin’s sci-fi trilogy, Essun, the protagonist, must hide her supernatural abilities as she searches for her kidnapped daughter in an apocalyptic world where natural disasters occur regularly and without warning. If her abilities are discovered, she risks discrimination and even death. The three books in the series deal with themes of oppression, power and revolution. Ms. Jemisin became the first Black woman to win the Hugo Award, the most prestigious award for science fiction and fantasy writing, in 2016. She went on to win the prize the following two years for the subsequent installments of the trilogy. Get it here or at your local bookstore.

Ms. Ward’s novel is set in a fictional town in Mississippi, but much of it takes place in the very real Mississippi State Penitentiary, modeled after a slavery era plantation, and tells the story of a family impacted by mass incarceration, racism, drugs and poverty. Ms. Ward won the National Book Award for her moving book. Get it here or at your local bookstore.

15. Devil in the Grove: Thurgood Marshall, the Groveland Boys, and the Dawn of a New America by Gilbert King

This Pulitzer Prize winner recounts Thurgood Marshall’s defense of four wrongly convicted Black teenagers — who became known as the Groveland Boys. The boys were wrongfully convicted of raping a white woman in Florida in 1949 and sentenced to death. This powerful book traces the case as it eventually makes its way to the Supreme Court and examines the impact of racial injustice on the town of Groveland and the lives of the Groveland Boys. Get it here or at your local bookstore.

What’s on your reading list? Let us know in the comments below.