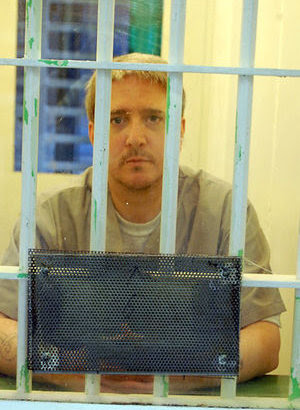 along with Sen. Tom Coburn, Barry Switzer, John W. Raley and Samuel Gross urging Oklahoma Governor Mary Fallin to stay the execution of Richard Glossip. It was published Friday in the


Is Oklahoma About to Execute An Innocent Man?

We urge you to stay the execution of Richard Glossip so that deep concerns about his guilt can be addressed.

On September 16, unless you act, the State of Oklahoma will put Mr. Glossip to death for the murder of Barry Van Treese. Justin Sneed—who by his own admission beat Van Tresse to death with a baseball bat—will not meet that fate.

Why this stunning difference?

Sneed testified at Glossip’s trial and said that Glossip persuaded him to do the killing. In return, Sneed was allowed to plead guilty and avoid a death sentence. Sneed’s testimony is the only evidence that connects Glossip to this horrendous crime. There’s no DNA evidence, no other forensic or physical evidence, no other witnesses. Just Sneed’s word.

Did Sneed tell the truth? We don’t know, but we do know that he told many lies in this case because his story changed many times.

When he was first questioned by detectives, Sneed said he didn’t know anything about the murder. Then he said he didn’t kill Mr. Van Treese. Then he admitted that he did but said it was an accident, he only meant to rob him and knock him out. Then, after the detectives told him that they didn’t believe he acted alone, that they had Glossip in custody, and that it would be better for him if he gave them another name, Sneed finally said that Richard Glossip got him to kill Barry Van Treese. After getting what they were looking for, the police assured Sneed that this story would help him avoid the death penalty.

That last version led to a deal with the prosecution: Sneed—the admitted killer—testified against Glossip in exchange for a life sentence. As a result, Glossip faces death by lethal injection.

Why would anybody trust this testimony, given by a man like Sneed under the circumstances in which he gave it? But if Sneed was lying about Glossip’s involvement —as he unquestionably lied in his various contradictory statements—then Oklahoma is about to execute an innocent man.

The writers of this letter have a wide range of professional backgrounds and political perspectives. But we share a deep concern about the integrity of the criminal justice system in Oklahoma and throughout the United States. We are particularly concerned about the danger of executing an innocent man.

Could that really happen? In the United States, in 2015?

Yes, it could. It almost certainly has happened—the cases of Cameron Todd Willingham and Carlos Deluna in Texas are troubling examples—and it may well happen again, perhaps as soon as September 16.

The National Registry of Exonerations lists 115 defendants who were sentenced to death and later exonerated and released after new evidence of innocence was discovered. Of those 115 innocent defendants who had been sentenced to death, 29, a quarter of the total, were convicted after another person who was himself a suspect in the murder gave a confession that also implicated the innocent defendant.

Richards Glossip’s case is a classic example. Faced with the prospect of execution, anybody would be tempted to lie and shift the blame to someone else if that’s what it takes to stay alive. But Justin Sneed isn’t just anybody. He’s a man who beat another person to death for money and then lied about it to try to save his own skin.

But with that error rate among death sentences, there’s no doubt that we have put innocent people to death. We don’t know how many or who they all are, but it has happened.

We also don’t know for sure whether Richard Glossip is innocent or guilty. That is precisely the problem.

If we keep executing defendants in cases like this, where the evidence of guilt is tenuous and untrustworthy, we will keep killing innocent people.

. He came within five days of execution. Fortunately, a federal judge ordered a new trial. Four years later Williamson was exonerated by DNA tests—which also identified the real killer, who was later convicted of the murder.

Most cases like this are weeded out by the courts, usually before a death sentence is ever imposed. That might have happened here if Glossip’s defense attorneys had made the problems in the case clear to the judge and jury, but they never did.  As a result, a juror in Glossip’s first trial recently came forward and said, “I feel that this situation needs to be looked at and at the VERY least given a 60 days stay to make for certain that all the stones are unturned and everything is looked at with a fine tooth comb.”

Unfortunately, Governor, in this case you are the last state official with the power to prevent a deadly mistake.