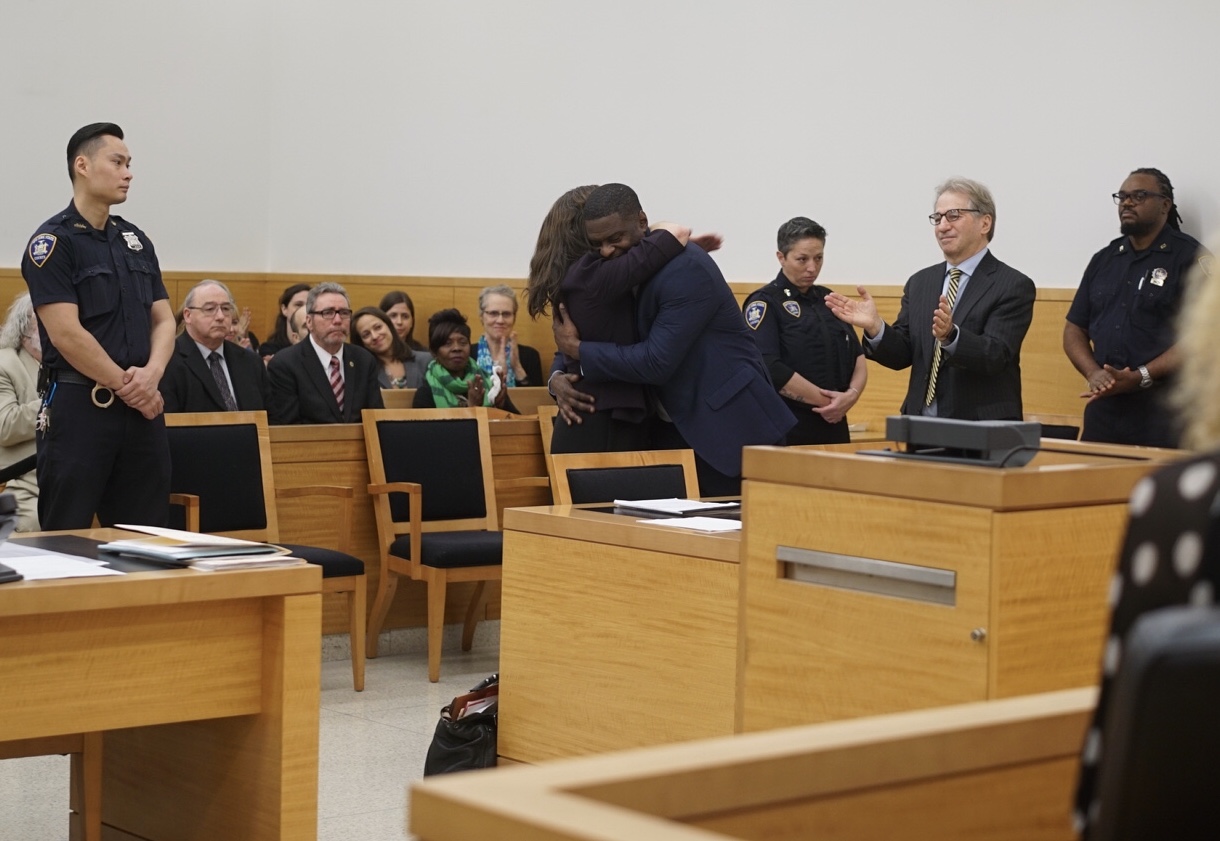 Mark Denny hugs his attorney Nina Morrison along side Barry Scheck, moments after he was exonerated. Photo by Sameer Abdel-Khalek.

Yesterday, Innocence Project Co-Founder and Co-Director Barry Scheck appeared on PIX 11 weekly show News Closeup with Marvin Scott. Alongside Scheck was recent Brooklyn exoneree Mark Denny, who spoke about his case, about the things he did to cope while wrongfully imprisoned and about the first month of his new life.

During the interview, Scheck discussed how misidentification—a leading contributor to wrongful conviction—was key in sending Denny to prison for 30 years for a rape that he did not commit. New York state has adopted important legislation, said Scheck—at the urging of the Innocence Project—which mandates that law enforcement implement best practices to minimize the factors that lead eyewitnesses to misidentifying the wrong people and innocent people to falsely confessing to crimes they didn’t commit. Scheck also talked about important legislation around discovery reform that is up for vote this year in New York.

“New York has the fourth worst discovery law in the country,” said Scheck to Marvin Scott. “The defense lawyers get to see the police reports and all of the information in the case literally just before the day of trial. We have to change that … [We] have to get that done this year.”