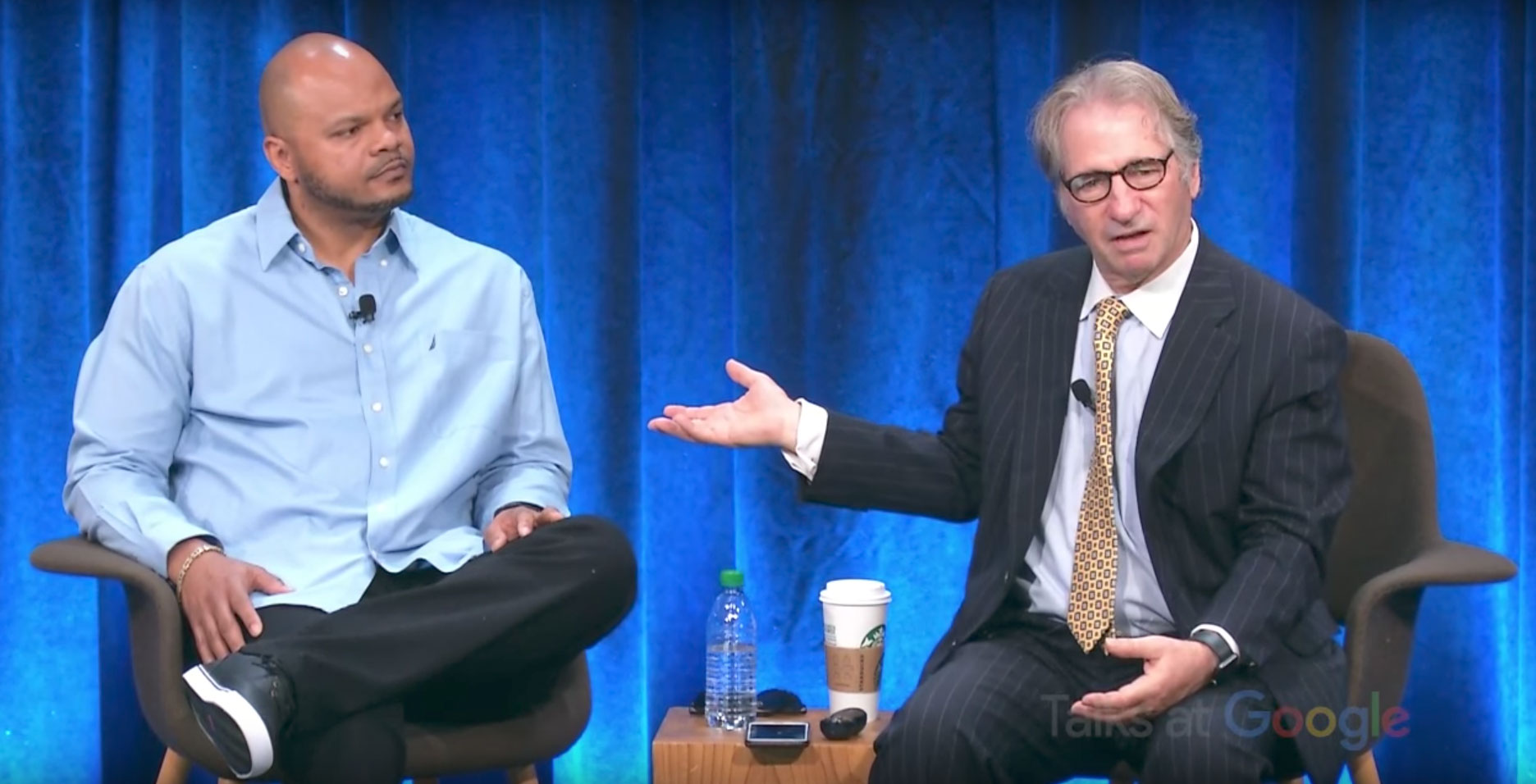 The Innocence Project’s Barry Scheck and exoneree Kevin Richardson of the Central Park Five spoke to staff at Google as part of their Talks at Google speaker series last month.

Scheck discussed the evolution of DNA testing, the history of the Innocence Project and the need for better funding for indigent defense to help prevent wrongful convictions.

Kevin Richardson spoke about his wrongful arrest at age 14 and the public ire he and his codefendants faced during their trial for the 1989 rape and attempted murder of a 28-year-old jogger in Central Park. He recalled how crowds would gather at the entrance to the courthouse in Lower Manhattan, holding signs scrawled with racial slurs and calling for the execution of the five teenage defendants.

“There was such a media frenzy, during that time . . . we were physically scared to come outside,” Richardson said. “I was 15 years old at the time, and I remember my family just hovering over me going to court, taking the train and getting out at Canal Street and walking into the courthouse and seeing these signs, and my mother seeing these signs about her children and the other guys as well. . . . I thought I was in a nightmare and I actually didn’t wake up from it. I thought every day, ‘What’s going to happen to me? What’s going to happen to my mother?’”

Richardson and his codefendants Yusef Salaam, Antron McCray, Raymond Santana and Korey Wise were convicted in 1990 and spent years in prison before the actual perpetrator of the crime came forward. Testing of DNA evidence later corroborated the men’s claim and excluded the five young men as perpetrators.