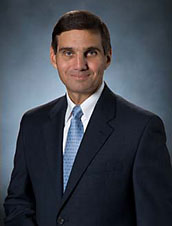 
Twenty-seven years after prosecutorial misconduct in John Thompson’s case sent him to Louisiana’s death row, Orleans Parish prosecutors are reportedly still engaged in the very same types of activities that led to Thompson’s wrongful conviction. Thompson came within weeks of his execution date before his attorneys discovered that prosecutors had concealed key evidence of his innocence.

A defense attorney from Louisiana’s Capital Appeals Project claims that Orleans Parish District Attorney Leon Cannizzaro’s Office suppressed evidence favorable to the defense in the case of Jamaal Tucker whose conviction for second-degree murder has been overturned. Ben Cohen, who represented Tucker, filed a complaint with the bar association about the alleged misconduct. Slate.com reports:


For Ben Cohen, what’s at stake here is what he sees as the gap between Cannizzaro’s claims of having cleaned up the DA’s office and how Cannizzaro actually does business. “Connick’s office was characterized by ambivalence and laziness,” Cohen says. “They couldn’t be bothered to look in the file: They were overworked and they were ambivalent about whether they had to comply with Brady. Cannizzaro is a win-at-all-costs prosecutor. His people aim as close to the line as they can get, and when you do that, you miss it.”

Cannizzaro’s predecessor, Harry Connick, contributed to making the Orleans Parish District Attorney’s Office legendary for misconduct—as a result of the Thompson case and others. Thompson now headlines a nationwide tour to explore policy reforms to prevent prosecutorial misconduct. The next stop on the tour will be April 26 at the Phoenix School of Law.

more about the tour.