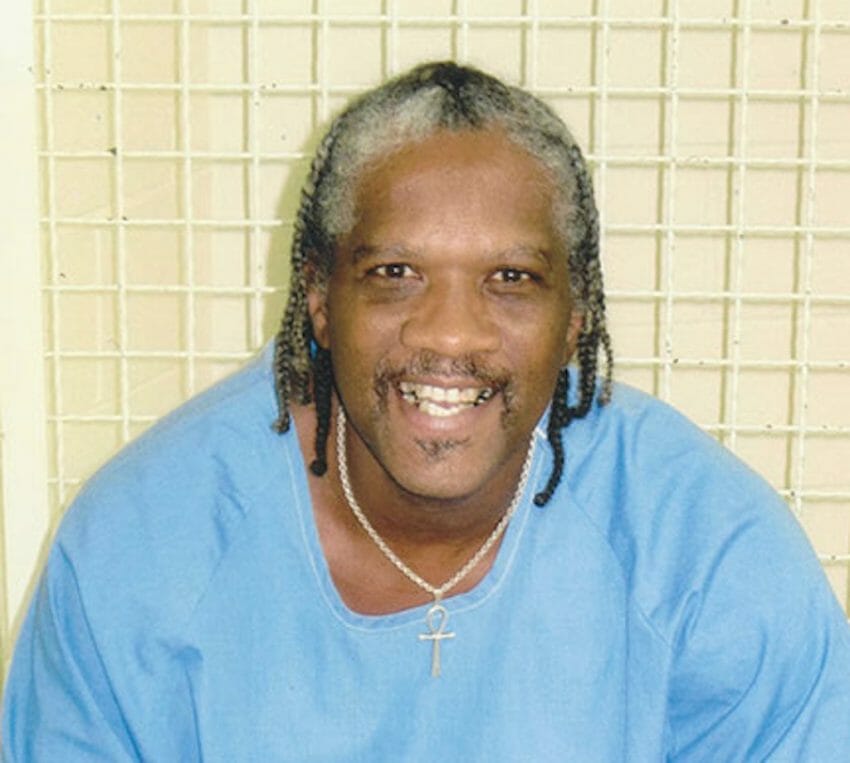 New York Times columnist Nicholas Kristof published an op-ed yesterday highlighting the case of Kevin Cooper, a man on California’s death row who was convicted of a 1983 quadruple murder in Chino Hills, California. Through his reporting, Kristof suggests that Cooper may have been framed by the police and may well be innocent—claims that could be proven if Governor Jerry Brown were to allow advanced DNA testing in the case.

From the start of the investigation, evidence pointed to the involvement of three white attackers, including the surviving victim’s own account. Police were also contacted by a woman whose boyfriend was a convicted murderer and had recently got out of prison. Suspecting that her boyfriend participated in the murders, she gave police his bloody coveralls and told them that his hatchet, which resembled one of the weapons reportedly used in the murders, was missing from his tool rack. Police ultimately threw away the coveralls instead of testing them for the victims’ blood.

I’m delighted that Senator @KamalaHarris just called me and is issuing a statement calling on @JerryBrownGov and CA to allow DNA testing in the Kevin Cooper case. https://t.co/PWRxjKK3fn Thanks, Senator Harris!

Despite this evidence—or lack thereof—police pursued Cooper: a convicted felon who had recently escaped from prison and was hiding out in a house just 125 yards away from the victims’ home.

If there was no evidence to connect Cooper to the crime, how was he ultimately convicted and sentenced to death?

When police found the victims’ car, it had blood in three different areas, which again suggested the involvement of three perpetrators. The initial search of the car found no evidence that Cooper had used it. Upon searching the car for a second time, Cooper’s cigarette butts appeared. Coincidentally, police had previously found Cooper’s cigarette butts in the empty house where Cooper had been staying, but they had disappeared.

If there was no evidence to connect Cooper to the crime, how was he ultimately convicted and sentenced to death?

As for motive, the prosecution argued that Cooper had stolen the victims’ car for its monetary value. There was now enough evidence for the police and prosecution to pin the murders on Cooper.

On February 10, 2004, the date of Cooper’s scheduled execution, the Court of Appeals for the Ninth Circuit granted a stay of execution on the grounds that Cooper could conduct new testing on the tan t-shirt that was found near the crime scene. Testing showed that while Cooper’s blood was, in fact, present, so was a chemical preservative called EDTA. The presence of EDTA suggested that Cooper’s blood didn’t come from him directly but from a test tube. The lab then tested a swatch of blood from that test tube and found it contained blood from two or more people. “This,” reports Kristof, “indicated that the Sheriff’s Office may have used the test tube of Cooper’s blood to frame him, and then topped off the test tube with someone else’s blood.”

Despite the potential for touch DNA testing to prove who actually committed the crime, Governor Jerry Brown refuses to allow it, even though Cooper’s defense would pay for it. Kristof presumes that Governor Brown may be hesitant to submit to the testing because, while he was attorney general, he proposed that no one on death row was innocent.

“I’m frameable because I’m an uneducated black man in America.”

There’s also evidence that executions in America are connected to race. A study in Washington State found that jurors were three times as likely to sentence a black defendant to death as a white defendant in a similar case.

“This appears to be a replay of a tragedy we’ve seen before: The police are under great pressure to solve a sensational crime, they are sure they have the culprit, and when evidence is lacking they plant it and give false testimony,” Kristof writes. Cooper adds, “I’m frameable because I’m an uneducated black man in America.”

“Governor Brown, if you’re reading this, I understand that you may believe that Cooper is guilty. But other smart people, including federal judges and law school deans, believe him innocent.”

Kristof concludes with a plea to Governor Brown: “Governor Brown, if you’re reading this, I understand that you may believe that Cooper is guilty. But other smart people, including federal judges and law school deans, believe him innocent. So how can you possibly execute him without even allowing advanced DNA testing, at the defense’s expense, to resolve the doubt? What’s your argument for refusing to allow testing?”

Related: Why the Prevalence of Lying by Police is a Problem for the Innocent