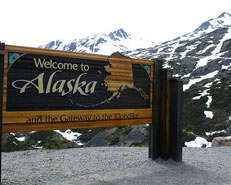 On Friday, Alaska became the 48th U.S. state to enact a law granting post-conviction DNA access to prisoners seeking to overturn wrongful convictions. After passing the state’s House and Senate with unanimous support, the measure was signed into law by Gov. Sean Parnell on May 14. Only Massachusetts and Oklahoma now lack DNA access laws.

The new Alaska law is the result of years of work by a coalition of advocates, including the Alaska Innocence Project and the Innocence Project. It allows prisoners to apply for DNA testing in cases where it has the potential to prove innocence, and if testing is granted it will be paid for by the state. The new law also requires the state to preserve biological evidence from crime scenes as long as defendant is in prison (or for 50 years in unsolved crimes).

The full text of the bill is here

. Lawmakers and legal groups are actively seeking post-conviction DNA access legislation in Massachusetts, one of the last two states without such a law. Late last year, the Boston Bar Association released

calling on the state to pass a law providing DNA access in cases where it can prove innocence.