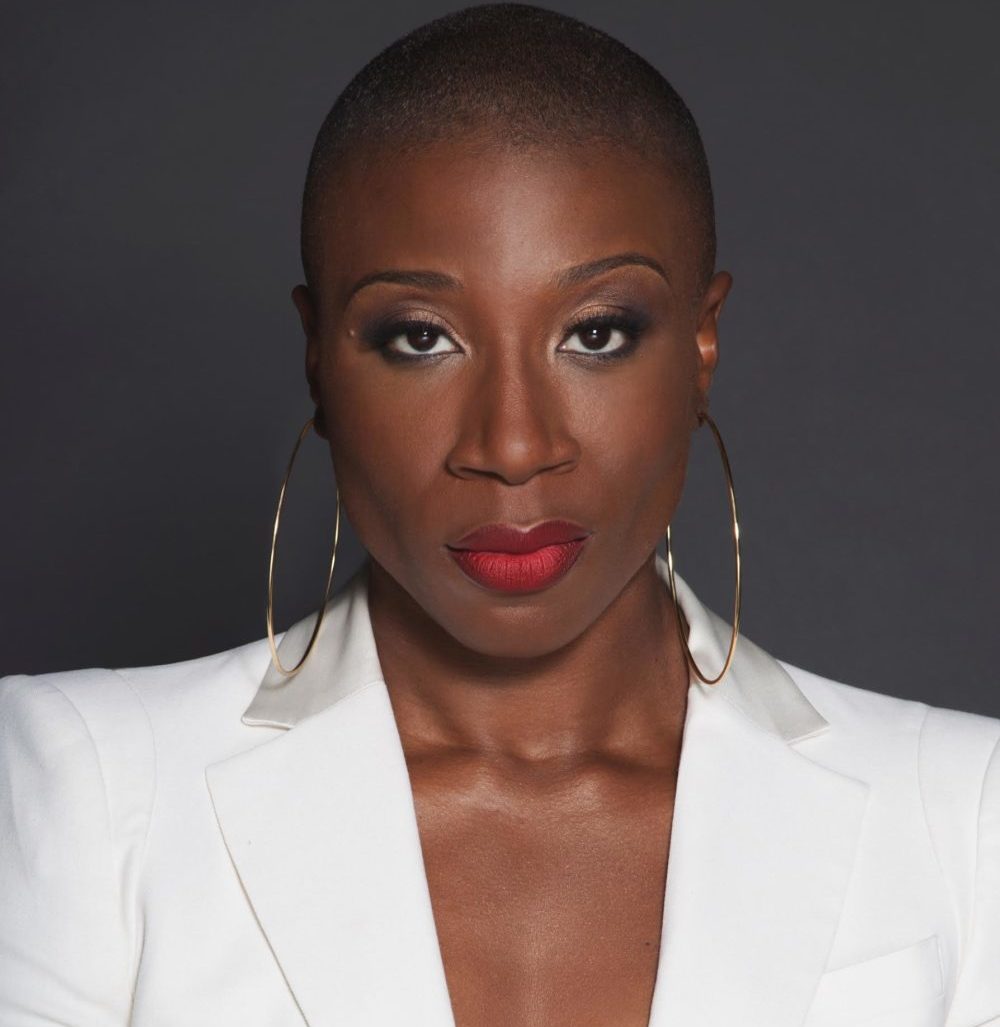 The Innocence Project is excited to announce that television, stage and film actress Aisha Hinds has joined our roster of Innocence Ambassadors! Born in Brooklyn, New York, Hinds is an artist whose work focuses on exposing injustice, exploring and expressing spirituality, and paying homage to her culture and ancestry—and beyond.

Hinds’ career began in schools, churches, prisons, group homes, and on the streets of New York City as a cast member with a local Brooklyn-based group of young artists called the Health Watch Players. She got her first big break on the critically-acclaimed drama NYPD Blue. Since then, she has gradually made her mark through appearances on a string of television hits such as ER, CSI: NY, Medium, Boston Legal, The Shield, SG-1, Lost, Judging Amy, Lincoln Heights, Prison Break, Cold Case, NCIS: LA, and more. Her work as a transgender guidance counselor on Law & Order: SVU left an indelible mark on the minds of viewers and inspired producers to submit her performance for Emmy consideration.

“Hinds’ strength and brilliance as an actress and her unapologetic stance on social justice issues is truly inspiring,” said Maddy deLone, executive director of the Innocence Project, which is affiliated with Cardozo School of Law. “Our entire team is very much looking forward to collaborating with Hinds in our mission to highlight wrongful convictions and help reform a broken criminal justice system.”

Hinds has also been a series regular on ABC’s Detroit 187 and Invasion; Showtime’s Hate; Lifetime’s Conspiracy, and Breed on TNT. Her feature film credits have ranged from playing the lone female prisoner in Assault on Precinct 13 to sophisticated and stern attorney in Mr. Brooks. Hinds’ passion for theater led her to the Barrington Stage Company’s original production of The Best of Enemies, playing the autobiographical role of civil rights activist Ann Atwater to critical acclaim and encore performances. She joined the cast of the CBS summer hit series Under the Dome as a series regular in 2013 and also appeared in the films Star Trek: Into Darkness, If I Stay, Gun Hill, and Beyond the Lights. She was critically lauded for her role as Fannie Low Hamer in HBO’s All the Way and appeared as an activist and community leader on FOX’s 10-hour event-series Shot Fired. She was also on WGN’s critically acclaimed hit show Underground, inhabiting the powerful and iconic role of Harriet Tubman, garnering high praises for this revolutionary portrayal.

“It is my privilege to serve as an ambassador for the Innocence Project, an organization I regard with deep reverence and respect for their poignant, powerful, and tireless work to advocate against injustice,” said Hinds. “My heart breaks and bleeds for persons who are wrongly accused and subsequently imprisoned causing great devastation to them and their families. As an ambassador, I hope to offer an additional voice for the chorus of change agents speaking on behalf of the voiceless and vulnerable within the criminal justice system.”

On television, Hinds is currently a series regular on Ryan Murphy’s hit FOX series 9-1-1 and is featured on Anthony Hemingway’s highly anticipated USA series Unsolved, which aired February 27.  She will also be featured in the legendary film Godzilla: King of Monsters (2019).