After Two Years, a Texas Exoneree is Home 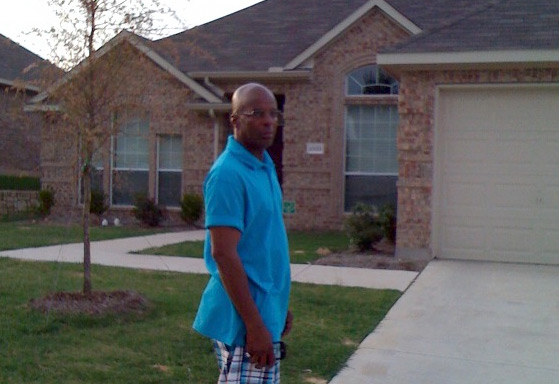 Just two years after he was exonerated in Texas, Thomas McGowan is back on his feet – and has purchased a house near Dallas, in the same neighborhood as his sister. Above, McGowan stands in front of his new house.

Before gaining his freedom in 2008, McGowan spent 23 long years in Texas prisons for a rape he didn’t commit. His case is a stark reminder of the countless individuals who remain behind bars today for  crimes they didn’t commit.

As is true in an overwhelming number of other wrongful convictions (75% of the 254 injustices overturned through DNA testing), McGowan was convicted based largely on an eyewitness misidentification. In his case, the victim was shown a photo lineup with seven men, where the photos included identifying information about the city where each man had been arrested. In his picture, McGowan was identifiable as one of the only three men in the lineup who had been arrested in the city where the crime was committed (Richardson, Texas), and when the victim told the supervising detective she “thought” McGowan was the offender, the detective insisted that she provide a yes or no answer, to which she answered yes. “I had to make a positive ID. I had to say yes or no,” the victim testified during the original trial. Procedural missteps (in this case, the inconsistencies in the photographs included in the lineup and the supervising detective’s possibly inadvertent but significant expression of a bias), however small, can color a jury’s impressions during trial. McGowan is one of 20 men to be exonerated in Dallas County since 2001, the most exonerations in a single county in the U.S.. While in prison, McGowan sought out the assistance of the Innocence Project, which in turn collaborated with the Dallas District Attorney’s recently established Conviction Integrity Unit to secure a DNA test of the biological evidence collected at the time of the crime. The DNA tests not only confirmed McGowan’s innocence, but identified the true perpetrator, a convicted rapist who was in the original photo lineup from which the victim misidentified McGowan in the first place. In 111 DNA exoneration cases, the real perpetrator has also been identified.

Post-conviction DNA testing is critical in cases like McGowan’s because it serves not only to exonerate the innocent but also to identify the guilty. “A person wrongfully convicted is a victim, and the person who did it is still out there,” Dallas District Attorney Craig Watkins said recently.