After Exoneration in Georgia 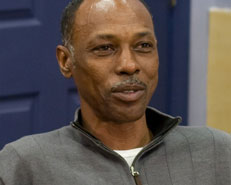 was arrested for a burglary and sexual assault six weeks earlier that he knew nothing about. The victim viewed a photo lineup and pointed to White’s photo, saying she was “almost positive” that he was attacker. Based on the misidentification and unvalidated hair examination evidence, White was convicted of the crime and sentenced to life in prison. It was nearly three decades later – in December 2007 – that DNA testing proved him innocent and set him free. He was represented by the Georgia Innocence Project.

White has been free for 14 months now, and he hasn’t received any support from the state of Georgia – one of 25 states in the U.S. without a law compensating the exonerated upon their release. Last week,

the state House of Representatives approved a bill compensating White with $709,000

; the bill now goes to the State Senate. But future Georgia exonerees will face the same long process until a full exoneree compensation law is approved.

Does your state have a compensation law?

Visit our interactive reform map for the details

Learn more about life after exoneration, and support the Innocence Project Exoneree Fund

, which helps us provide direct services to our clients in need of assistance after their release.