After 27 Years in Prison, Canadian Man Is Cleared 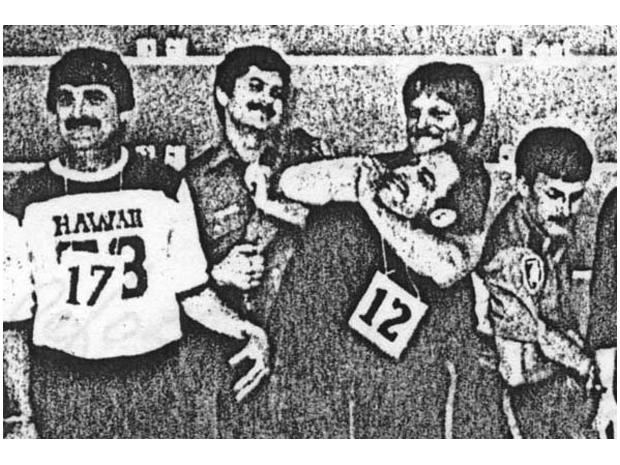 After spending 27 years behind bars, more time than any other exonerated Canadian, Ivan Henry was acquitted of multiple rape counts last Wednesday, the Vancouver Sun reported.

Henry was convicted in 1983 of raping eight Vancouver women and maintained his innocence for the past three decades.   The conviction relied solely on the eyewitness identification by the victims.  Following his conviction, he filed 56 appeals and finally won the chance to reopen his case last year after evidence of his innocence had mounted.

A separate investigation by the Vancouver police had pointed to the involvement of a serial killer in 25 crimes bearing uncanny similarities to the crimes for which Henry was convicted, and DNA testing on evidence from the crime scenes pointed to another perpetrator as well.

Henry had been convicted based on highly questionable identification procedures. In June, the appeal court considered a photo of the police lineup (above), which showed three police officers restraining Henry in a headlock. The other people in the picture, assumed to be officers, are all smiling. In several of Henry’s other cases, the victims identified him only by his voice. The appeals court ruled that the victims’ identification was not enough evidence.  It also ruled that the trial judge made a mistake by telling jurors that they could infer Henry’s guilt because he resisted being put in a photo lineup.

On Wednesday, Henry walked out of the Vancouver Law Courts and hugged his two grown daughters, 37 and 35.  His wife passed away while he was in prison.

“I certainly have to thank my good lawyers,” Henry told reporters.

“And I have to thank the good judges, because it was them who propelled this into acquittal.

“And I have to thank my family because if it wouldn’t have been for my family, I don’t think I would have made it,” said Henry, who celebrated his 64th birthday last Friday.