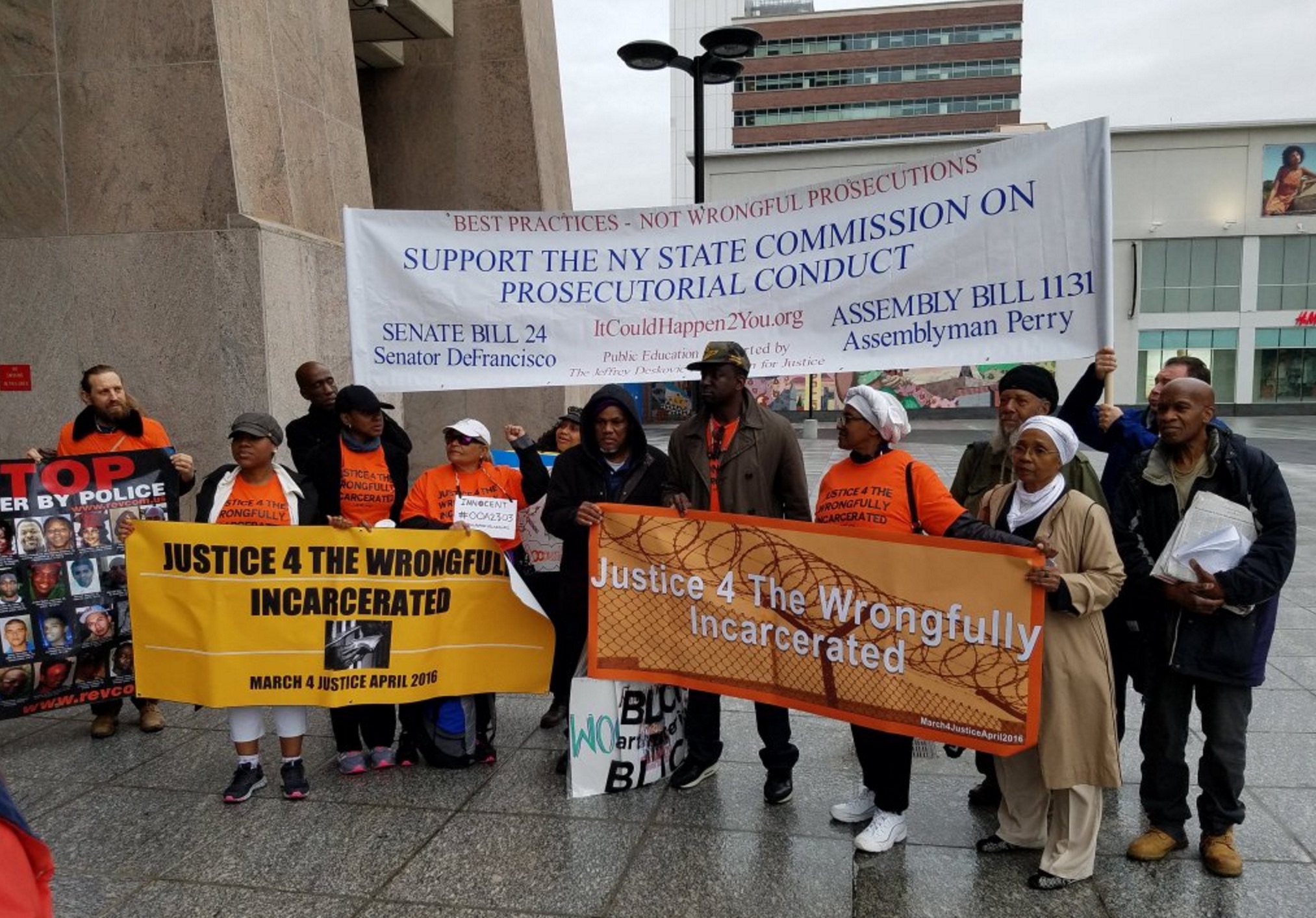 In 1989, Sharonne Salaam became a crusader for justice when her son, Yusef Salaam, and four other teens—Raymond Santana, Korey Wise, Kevin Richardson and Antron McCray, also know as the Central Park Five—were wrongly accused of raping and nearly killing a woman in Central park. Salaam remained a strong and steady advocate for her son until he was exonerated in 2002. And Salaam’s engagement around justice for wrongfully convicted people continues strong today, with it reaching new heights this past Sunday as she led the charge for a group of activists traveling by foot from New York City to Albany over the next week to call for legislative reform.

Organized by Salaam and Justice 4 the Wrongfully Incarcerated, the organization that she helped form, the walk is part of a larger campaign to draw attention to the problem of wrongful conviction. The march will be used as an opportunity to call on New York lawmakers to reform the policies and practices that lead to innocent people being locked away for crimes they didn’t commit.

The march for justice started with an early morning rally in the Harlem neighborhood of Manhattan on Sunday. The marchers then traveled out of New York City, stopping in Irvington, New York, on Sunday evening and made their way to Peekskill, New York, on Monday, where they were hosted by the local branch of the NAACP according to News 12 in Westchester.

Exoneree Jeff Deskovic is participating in the march. Deskovic spent 16 years in prison after he was wrongfully convicted of killing his Peekskill, New York, high school classmate; he was 17 at the time he went to prison. Through the work of the Innocence Project, Deskovic was exonerated in 2008 after the organization used DNA testing to prove his innocence and identify the real assailant. Today he oversees the Jeffrey Deskovic Foundation for Justice, an organization he founded.

The march is expected to continue through the rest of this week.