A Year of Groundbreaking Policy Victories: 21 Reforms in 17 States 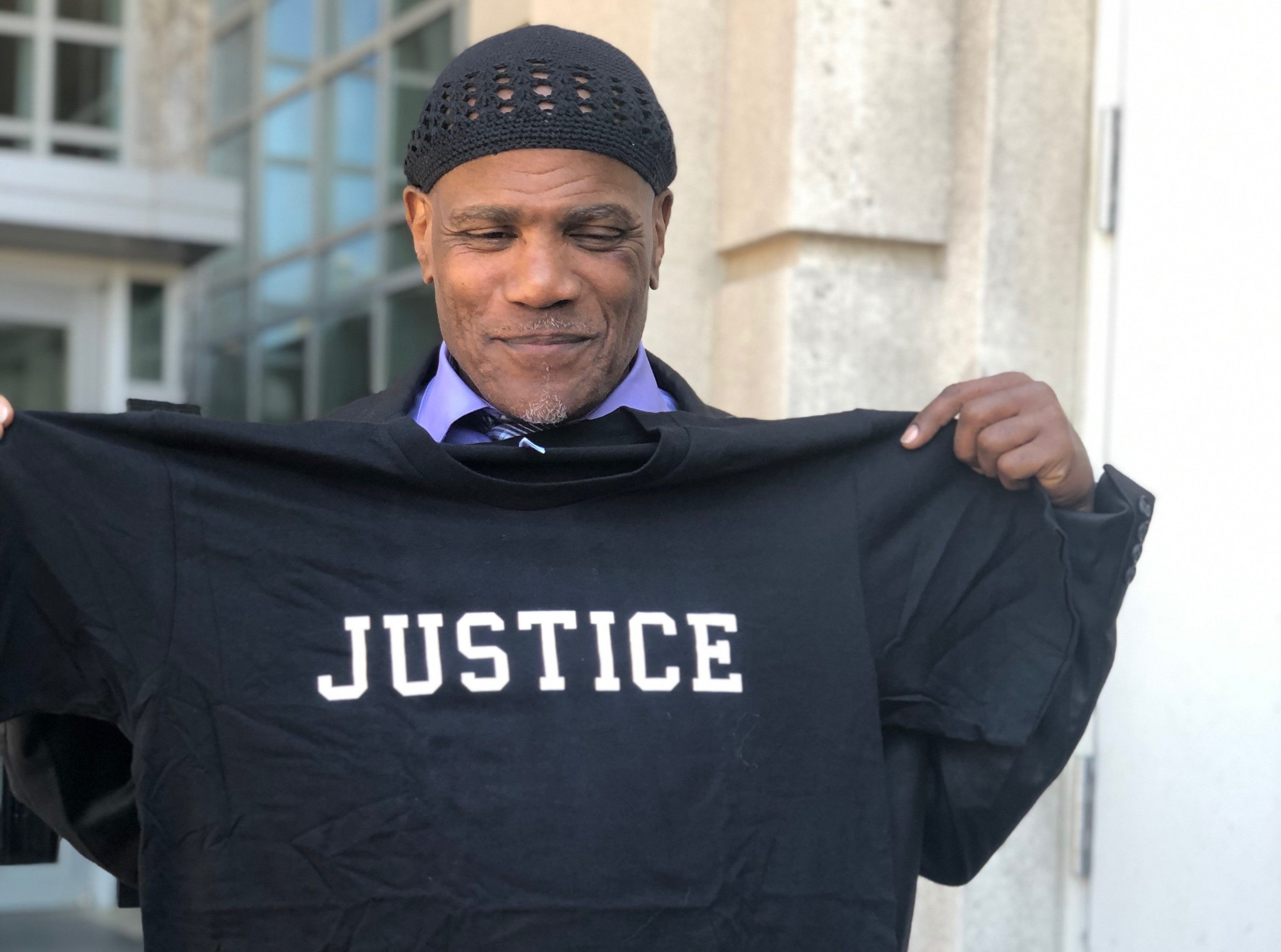 Every time we exonerate an innocent person, we celebrate. However, our work does not end there. Until wrongful convictions no longer plague the criminal justice system, we will continue to fight for laws that support a fair and just legal framework in all 50 states. Because of the multitude of practices and systemic factors that contribute to wrongful convictions, the Innocence Project’s policy department works steadfastly to reform laws across the United States.

“This degree of unprecedented state-level reform across the country resulted from the work of so many.”

Over the last 12 months, the Innocence Project’s policy team—in collaboration with the Innocence Network and other key partners – has reached new heights, passing 21 reforms in 17 states. The Innocence Project typically works in partnership with members of the Innocence Network, impacted people and exonerated men and women, and other key partners, from the Hotel Trades Council in New York and the Culinary Workers in Nevada to the Nebraska Victims Assistance Academy. Additionally, our community throughout the country has voiced their support for our bills to their elected officials, playing a critical role in the adoption of these laws. We could not have achieved this success without them and we are incredibly grateful for their ongoing commitment. 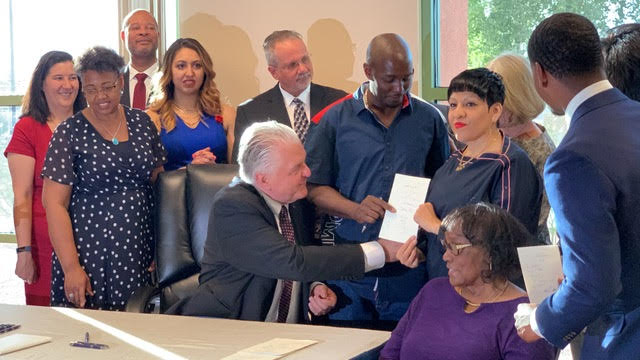 “This degree of unprecedented state-level reform across the country resulted from the work of so many, especially wrongfully convicted people, who generously advocated for these reforms in state after state, and is reflective of what appears to be a growing acknowledgment by policymakers that the criminal justice system requires wholesale reform,” said Rebecca Brown, Director of Policy, Innocence Project.

We worked to change how police identify suspects and record interrogations; create systems to track jailhouse informants and their testimony; provide accountability for prosecutors; ensure that states compensate the innocent; updated laws according to changes in science and more.

Below is a round-up of all that we’ve achieved over the past fiscal year:

Changes in science and misapplication of forensic science: We enabled changes to the law in Michigan and Nevada to allow for court consideration of cases that should be revisited due to changes in our understanding of science. Because shifts in scientific understanding often take decades to emerge, individuals whose wrongful convictions were based on misapplied science might face challenges in proving their innocence. The misapplication of forensic science contributed to 45 percent of wrongful convictions in the United States proven through DNA evidence.

Recording of interrogations: We instituted mandatory recording of interrogation laws in both Oklahoma and Nevada to prevent wrongful convictions based on false confessions. Since the passage of these laws, the entire interrogation–the time in which a reasonable person in the subject’s position would consider themselves to be in custody and a law enforcement officer’s questioning is likely to elicit incriminating responses–will be electronically recorded.

Compensation: We fixed and created compensation laws in Ohio, Indiana and Nevada. States have a responsibility to restore the lives of the wrongfully convicted to the best of their abilities.

Unregulated Jailhouse Informants: In Illinois, Nebraska and Connecticut, we addressed the use of unregulated jailhouse informant testimony, which is one of the leading contributing factors of wrongful convictions. Jailhouse informants receive leniency in their own cases or other benefits in exchange for their untruthful testimony.

Discovery and Pretrial reform: Both New York and Virginia will join the majority of states across the country—from New Jersey to Texas—that have progressive discovery rules that require prosecutors to turn over critical evidence much earlier in the process. Before the passage of these laws, prosecutors could share evidence on their own timetable, meaning that defense attorneys often lacked access to key evidence—such as witness statements and police reports—early on in criminal cases, significantly hindering their ability to properly advise and advocate for their clients. In Michigan, the Michigan Supreme Court amended its Rules of Professional Conduct to clarify that when a prosecutor learns of new, credible evidence of innocence post-conviction, that prosecutor must disclose that evidence and seek remedy to the conviction.

Establishing Innocence Through “Hits to Closed Cases”: In Kansas, a law was passed to ensure uniform protocols for law enforcement agencies, forensic laboratories and prosecutors’ offices for the handling of “hits” from the nation’s combined DNA index system (CODIS) such that they are reported to appropriate parties, and where appropriate, investigated to assure justice and public safety.  Law enforcement agencies routinely submit biological evidence to forensic laboratories for DNA testing, prompting laboratories to report back to submitting agencies the results of the requested testing and any match made to CODIS.  It has been revealed, through a number of cases across the nation, that CODIS hits can occur in cases in which someone else – not the person to whom the DNA match was made – has already been convicted, which raises questions about whether the proper person was convicted and whether the match is, in fact, an important lead to the real perpetrator of the crime who eluded detection.

Will you help fight for policy change in the next fiscal year? Become an advocate today. 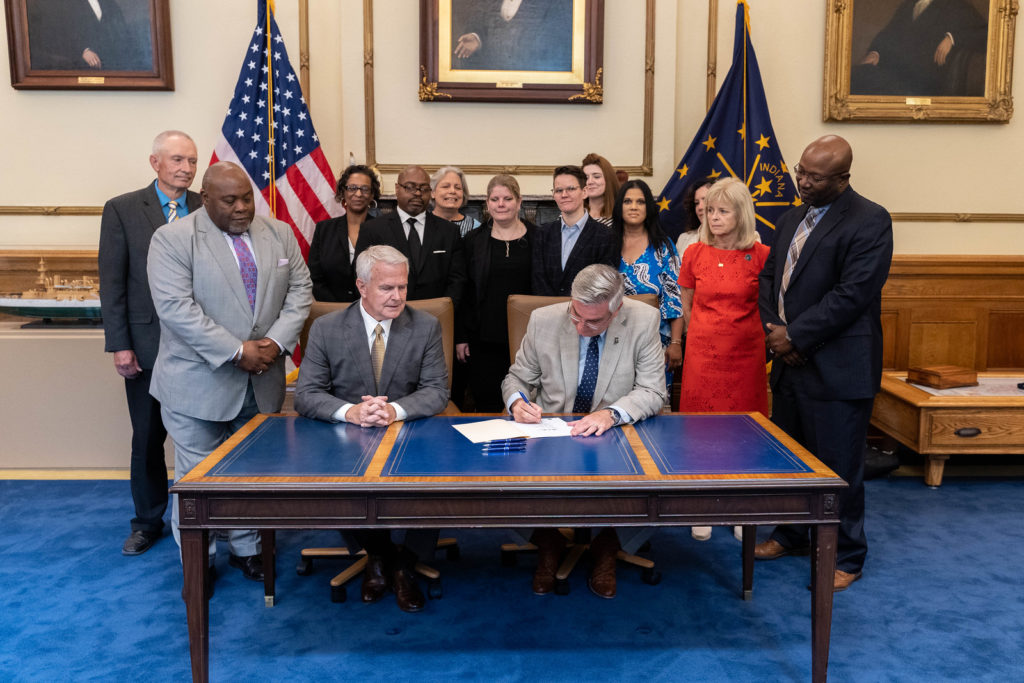