A Posthumous Exoneration, One Year Later 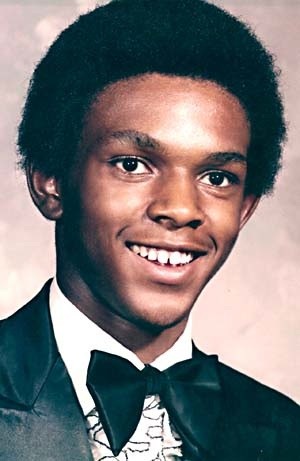 One year ago this week, Timothy Brian Cole was officially exonerated for a 1985 Texas rape he did not commit. Cole’s exoneration, while welcomed by family and friends who had fought on his behalf, came too late for Cole himself. He died of an asthma attack in 1999 while still in prison at the age of 39. Cole’s story is tragic even in the annals of Texas, which leads the country with 40 wrongful convictions overturned by DNA testing.

In 1985, Cole was a 26-year-old Army veteran studying business at Texas Tech in Lubbock, when another student, Michele Mallin, was raped and robbed at knife-point while parking her car across the street from her dormitory. Mallin described her attacker as a young black male who chain smoked cigarettes. Cole lived in the area, and a detective took a Polaroid of Cole and showed it to Mallin along with five other photographs. Cole’s picture stood out from the others, as it was the only color Polaroid among five black-and-white photos. Mallin identified him as the perpetrator and confirmed her identification of Cole at a live lineup the following day. At trial, Cole’s brother and friend both testified that they played cards while Cole studied at home the night of the attack. Cole also presented evidence of his severe asthma, which prevented him from smoking cigarettes. Cole’s attorney also tried to introduce evidence of similar rapes before and after Cole’s arrest, which he could not have committed. This evidence was disallowed by the trial judge, and after six hours of jury deliberation, Cole was convicted of rape and sentenced to 25 years in prison.

In 1995, Jerry Wayne Johnson, a Texas prisoner serving a life sentence, wrote a letter to prosecutors confessing to the rape for which Cole had been convicted. This letter was ignored, and Cole passed away without ever learning of Johnson’s admission. In 2000, Johnson again wrote a letter confessing to the rape, but was still ignored. Eventually, the Innocence Project and Cole’s family learned of the confession. The Innocence Project joined with the Innocence Project of Texas as co-counsel and sought DNA testing on serological evidence from the crime scene. The results conclusively excluded Cole and implicated Johnson. Finally, at an April 7, 2009 hearing, a Texas judge officially exonerated Cole.

Fortunately, Cole’s posthumous exoneration has spurred calls for reform in Texas. In 2009, the legislature passed the Timothy Cole Act, increasing compensation paid to exonerees to $80,000 a year. The state also created the Timothy Cole Advisory Panel on Wrongful Convictions to study ways to prevent similar injustice across the state. Mallin also speaks out against faulty eyewitness identification procedures.

In a 2009 op-ed in the Houston Chronicle

, she urged Texas to adopt the recommendations of the National Academy of Science 2009 Report.

On March 1, 2010, Governor Rick Perry granted Cole a full posthumous pardon after the unanimous recommendation of the Texas Board of Pardon and Paroles. Cole’s 73-year-old mother, Ruby Session, while ecstatic, still realizes that there is much work to be done. Because of her son’s sacrifice, she said, “we’re on the forefront of a new day in the criminal justice system.”