A Glimpse into the Lives of Those Forced into Solitary Confinement 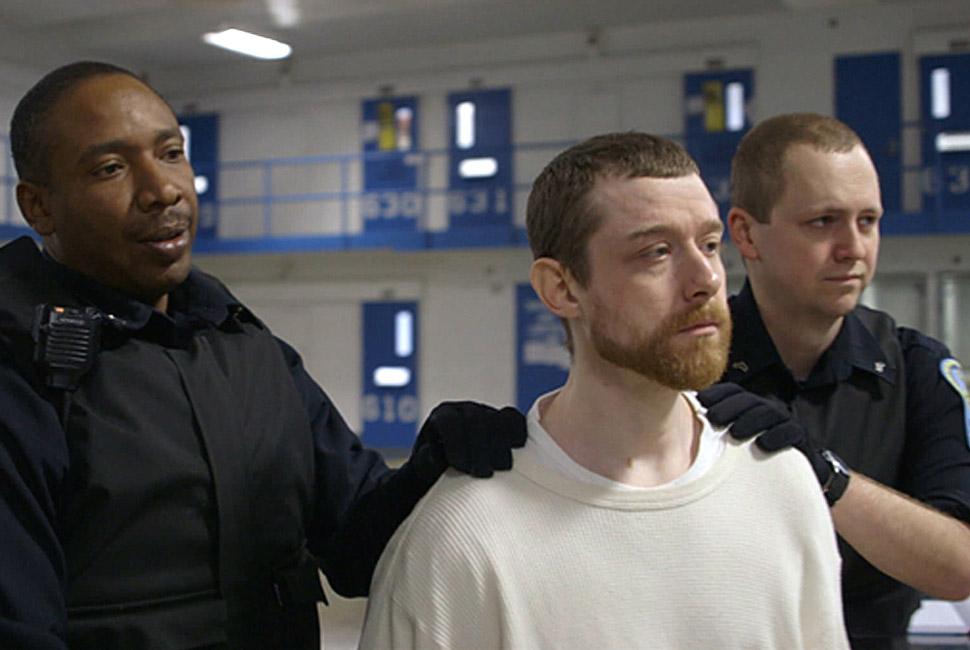 Solitary confinement is something that many people living in Americas jails and prisons are all too familiar with. In an interview that the Innocence Blog published last week, Akeem Browder spoke about the more than 3oo days that his brother Kalief spent in solitary confinement as a teenager awaiting trial at Rikers Island, but whose charges were dismissed, and the devastating impact it had on his wellbeing and life. (A story published yesterday in the New York Times tells the stories of five youth at Rikers Island today.) The damaging effects of solitary confinement is a topic that many exonerees have also spoken openly about. In 2012, the Innocence Project submitted the written testimonies of numerous exonerees including Nicholas Yarris, Cornelius Dupree and Julie Rea to the Senate Judiciary Committee was holding its first-ever Congressional hearing on solitary confinement; Anthony Graves also delivered oral testimony. The statements detailed the desperate times that these individuals spent while wrongfully incarcerated and illustrated why jails and prisons need to discontinue use of such an inhumane practice.

The experiences of the prisoners kept in solitary confinement are hard to capture and difficult to communicate to a mass audience. In the new documentary Solitary, filmmaker Kristi Jacobson does just that.  With unprecedented access into Virginia’s Red Onion State Prison, a site where cameras and journalists have been banned and human rights violations have been cited, Jacobson captures the experience of solitary confinement in a jarring way.

With an academic background in sociology, Jacobson interned with the juvenile court in Raleigh, North Carolina, when she was 20. It was the exposure to the criminal justice system during this internship that drove her to make films. After creating a successful career, through films like A Place at the Table (2012) and Toots (2006), Jacobson wanted to return to what drove her to create films in the first place, prompting her research on juveniles and the criminal justice system.

While researching, she came upon an article called “Hellhole” by Dr. Atul Gawande in the New Yorker, which questioned if solitary confinement is torture. Jacobson said reading this article was her “a-ha” moment, driving her to make Solitary.

“[The article] reveals the number of people across the U.S. who are living in these conditions inside of our prisons,” Jacobson said. “It was one of those things where you can’t unknow it. Now that I knew it, I felt like I had to explore it.”

It’s estimated that 80,000 to 100,000 prisoners in the United States are kept in some form of isolated confinement. At Red Onion, two-thirds of the prison population are kept in solitary confinement or “segregation” for 23 hours of each day in rooms measuring 8 x 10 feet. Visual access to the outside world is limited by a small, frosted-glass window. Those in segregation are able to go outside for one hour within individual cages two to three times per week; otherwise meals and medicine must also be taken within their cells. What came of the research was a film co-produced by HBO that premiered at the Tribeca Film Festival earlier this year and also at the Human Rights Watch Film Festival in New York in June.

The documentary focuses on the experiences of a few prisoners in Red Onion’s solitary unit. It is through Jacobson’s dedication to telling these diverse stories that we begin to understand the severe psychological and emotional harm that solitary confinement inflicts on people. Jacobson cites three reasons that led her to to produce the documentary: access, the subjects’ willingness to delve into personal details and how their stories showcase the wide range of circumstances that could land someone in solitary confinement.

“I felt that these stories were really valuable because if we focus on stories where someone is thrown into solitary for an arbitrary reason, then we are focusing on that particular injustice. You wanted audiences to think about if [solitary] is okay in any circumstance, even when the person has committed some type of violent act.”

According to Innocence Project Policy Director Rebecca Brown, people can be placed in complete isolation for months or years, and not only for violent acts but for possessing contraband (which can be things like having too many postage stamps), testing positive for drug use, ignoring orders and using profanity. Others end up in solitary because they are seeking protection, are gay or transgender. And, of course, now we know the innocent have been subjected to it.

By hearing the narratives in Solitary, the audience begins to see the humanity stripped away from the people who are forced into solitary confinement by prison workers. In a place where there is a dearth of human contact, we see how prisoners interact through the vents of their cell to keep themselves motivated and entertained. We see how activities like TV and reading help prisoners stay engaged during their 23-hours-a-day of solitude.

Jacobson also felt that it was necessary to understand the experiences of prison administration and corrections officers.

“After spending one or two days in the prison, I began to recognize that you can’t tell the story of solitary confinement without trying to understand what it’s like to work in this place,” she said.

Five Mualimm-ak of Incarcerated Nation Corporation (INC), is a survivor of solitary who served as a consultant for the film. He offered his perspective and helped the Solitary team create a comprehensive documentary. For Five, watching the film was a cathartic experience.

“Watching the final version was like reliving the experience,” he said. “Seeing the population actually being ignored, shackled and the whole extraction process brought me right back to that cell.”

Five served five years in solitary confinement and was released from prison in 2012. Since then, he has been working on reforming the criminal justice system by working on helping  numerous pieces of legislation, films, and web series that focus on the abuses of solitary.

“We, the directly impacted and growing number of exonerated advocates, have led this movement to national awareness with one simple message: NO to TORTURE,” Five said. “That’s it, plain and simple. Films like this help the rest of the world see why it’s important that those closest to the problem are closest to the solution.”

Jacobson said that she wants this film to reach a wide variety of people to influence a more productive criminal justice system. Additionally, she hopes her work humanizes incarcerated people who are automatically cast in a negative light.

Solitary will be broadcast on HBO in September 2016.