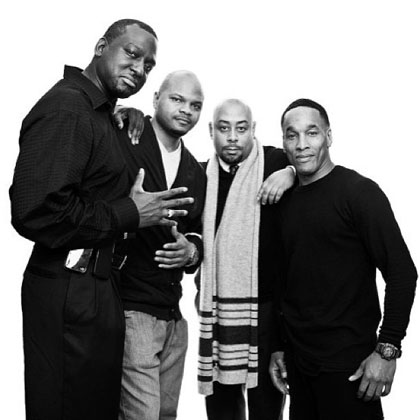 —known as the “Central Park Five,” were wrongfully convicted of raping and assaulting a female jogger in New York City’s Central Park, they agreed to a settlement of about $40 million from the city that could finally bring an end to the decade long civil rights battle.

The case, which first made headlines in 1989 when the five black and Hispanic teenagers were taken to trial and eventually convicted based on their false and coerced confessions, is once again front page news. The New York Times reported that the settlement, which was reached between the New York City’s Law Department and the five plaintiffs, must still be approved by the city comptroller and then by a federal judge.

In 1990, despite claims of innocence, all five teenagers were convicted in two separate trials. There wouldn’t be a break in the case for more than a decade when in 2002, Matias Reyes, a convicted murderer and rapist, admitted that he alone was responsible for the attack on the Central Park jogger. Reyes had already committed another rape near Central Park days earlier in 1989, using the same modus operandi. The victim of that rape had described the rapist as having fresh stitches in his chin and an investigator quickly linked Reyes to this description. Although the police had Reyes’s name on file, they failed to connect Reyes to the rape and assault of the Central Park jogger.

Eventually, the evidence from the crime was subjected to DNA testing and results were a match for Reyes.  A week before Christmas in 2002, the convictions of the five men were overturned at urging of the men’s defense attorneys and the Manhattan District Attorney. Teenagers at the time of sentencing, most of them served about five years behind bars, with the exception of Wise, who was tried as an adult and remained in prison for more than 11 years.

For nearly two years, New York City Mayor Bill de Blasio has said the city has a moral obligation to correct the injustice done to the “Central Park 5.” He first advocated for a settlement in January 2012 when he was the city’s public advocate. It is unclear how long it will take for the agreement to be approved.