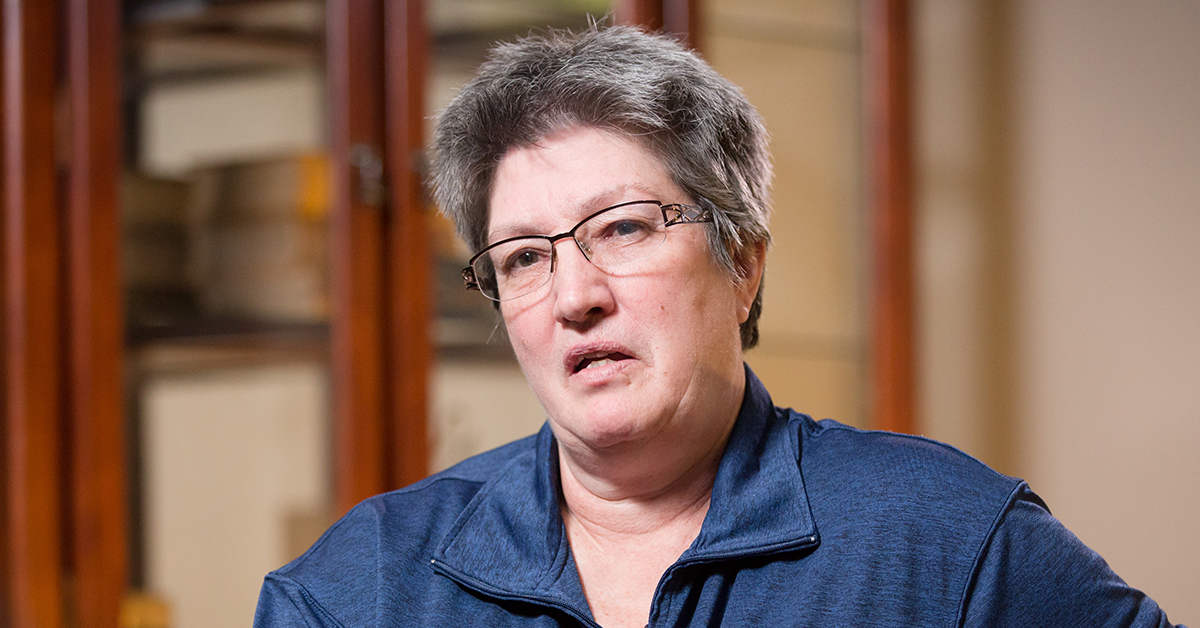 JoAnn Taylor pleaded guilty to a crime she didn't commit to avoid the death penalty.

JoAnn Taylor was one of six people, known as the Beatrice Six, who were wrongly convicted of murdering and raping an elderly woman in Nebraska in 1985. Fearing the death penalty, Taylor—whose history of mental illness made her a target—agreed with prosecutors to plead guilty. Her wrongful conviction story is one of several featured in the launch of the Guilty Plea Problem campaign to bring attention to the burgeoning number of innocent people who plead guilty to avoid lengthy prison sentences or, worse, the death penalty.

After sharing her video, we took questions from the community about her case for her post-conviction lawyer Jeffry Patterson. Take a look at his responses below.

Giselle Park: How long did it take to get Ms. Taylor exonerated? Also, what do you believe is a possible solution to reduce the number of plea deals (and wrongful convictions) in our courts?

JoAnn was one of six people wrongly convicted for a 1985 murder and rape. JoAnn had a long history of mental health issues, and when she was targeted and arrested, she soon began having delusions that she was actually involved. JoAnn pleded guilty and testified against Joseph White in 1989. She was sentenced to 40 years. She served 19 years, 7 months, and 26 days before she was released. The exoneration came about when Joseph and Thomas Winslow, [Joseph’s co-defendant] obtained the right to have DNA testing on the crime scene evidence that had been retained. Joseph started the process for testing in 2005, and in September 2008, it was discovered that none of the male DNA at the crime scene matched neither man.

Relying too much on confessions and eyewitnesses leads to bad results. Every confession and eyewitness must have a story that is consistent with objective crime scene evidence.

Laurie Rogers: Why did the police single her out? Did they positively know she wasn’t involved? Did an informant set her up?

All of this occurred in a small town. The murder occurred in February 1985, and JoAnn left town for her family home in North Carolina about three weeks after the murder. Small town rumors being what they are, she became the subject of several. She was arrested off of rumors and one of her enemies wanting to cash in on the reward that was being offered.

Michelle Gonzales Did she have a public defender assigned to her?

In Nebraska, only the larger cities have public defenders. JoAnn was assigned a very competent private lawyer who had defended several murder cases. His problem was dealing with JoAnn’s confessions, two others that like JoAnn had mental health issues and also believed they were involved, and the constant threat of the death penalty. Her lawyer wanted to take the case to trial, but when a plea deal was offered to take the death penalty off the table, JoAnn took it.

Michelle Gonzales: Why does it take so long to get innocent folks exonerated?

Law enforcement and prosecutors are reluctant to admit that they could have put an innocent person in prison. Once someone is convicted, and absent a legal error, the presumption shifts so that there must be, essentially, evidence of innocence beyond a reasonable doubt. James Butcher: Will those who were complicit in this travesty of justice be held accountable for their egregious misconduct, and if not, why not? Nickbruh510: Will she be compensated for time she spent?

We filed a civil rights action in 2009.  This past July a jury awarded Joann $7.3 million for the 19+ years she spent in prison. The defendants were the county, the sheriff, and two deputies.  They are appealing the verdict, and we are in the process of defending. The county, however, claims to be unable to pay the judgment and often threatens to file bankruptcy.

Hopefully, she will be [compensated]. After JoAnn’s case (the Beatrice 6) came to light, Nebraska enacted a law that provides up to $500,000 to someone wrongfully convicted. However, if the convicted person committed perjury, they are not eligible for compensation. With JoAnn, since she testified against Joseph, we had to persuade a judge in the county where the murder occurred that JoAnn actually believed the confession she made in 1989. If you believe your testimony is true, it’s not perjury. We were able to do that in a week-long trial with the help of the leading expert on wrongful convictions, Richard Leo.

Philiphashley: What action can be taken by the general public to stop this kind of lunacy and keep it from getting exponentially worse under the current regime?

End the death penalty. In JoAnn’s case there were six people were convicted, and the threat of execution was the biggest factor in persuading two people to actually believe they were present and getting two others to plead no contest. Hold District Attorneys and State Attorney Generals accountable.

Ottotobin: What next? How do you start to rebuild after this kind of travesty? Is there any support from the system that caused this, or was she “set free” with the clothes on her back?

JoAnn has had a very hard time. The only real support she got was from other women she knew in prison who were released when JoAnn received her pardon.

*This Q+A was edited for clarity.

Join us for a Facebook Live Q+A with exoneree Rodney Roberts, who also pleaded guilty to crime he didn’t commit, on Thursday, Feb. 2 at 1 p.m. ET.