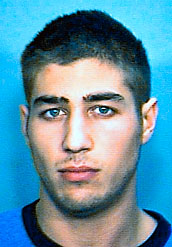 Saturday’s episode of the CBS investigative show ‘48 Hours’ reexamined a Missouri man’s fight for freedom. Ryan Ferguson was convicted in 2005 of committing a 2001 murder and sentenced to 40 years in prison after being implicated by former classmate Charles Erickson who testified against him and pled guilty to his part in the murder. Erickson had read a newspaper article about the crime and allegedly had a dream about possibly killing the victim. Four years after Ferguson was convicted, Erickson said he lied, and Ferguson didn’t commit the murder.

Ferguson remains behind bars despite an absence of witnesses and a lack of physical evidence connecting him to the crime. His father started a petition with Change.org that will be delivered to the Governor and Attorney General seeking a new trial. According to ’48 Hours,’ it will be Ferguson’s 13th attempt to overturn his conviction.

asking for a new trial.