250 Exonerated, and the Need for Reform 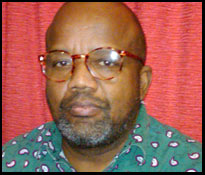 More than three decades after he was convicted of a crime he didn’t commit, Innocence Project client Freddie Peacock was exonerated at  a hearing this afternoon in Rochester, New York. He became the 250th person exonerated through DNA testing in the United States. His case and those of the 249 before him show how the criminal justice system is flawed and how it can be fixed.

To mark the 250th exoneration, the Innocence Project released a new report today: “

250 Exonerated, Too Many Wrongfully Convicted

.” Supporters around the country are amplifying the call for reform by sending letters to editors of local newspapers —

Peacock, 60, served more than five years in New York prisons for a rape he didn’t commit before he was released on parole in 1982. For the next 28 years, he fought to clear his name — even trying to refuse the end of his parole because he thought that remaining in the criminal justice system might make it easier for him to prove his innocence.

“Freddie Peacock was released many years ago, but he hasn’t been truly free because the cloud of this conviction hung over him,” Olga Akselrod, the Innocence Project Staff Attorney handling the case, said today.

Peacock’s wrongful conviction sheds light on two of the most common causes of wrongful convictions: eyewitness misidentification and false confessions. Peacock, who has serious mental illness, was arrested and charged with raping a neighbor in 1976 based in part on a questionable eyewitness misidentification. Although he told police that he had been hospitalized for mental illness, they proceeded to interrogate him, eventually alleging that he confessed to the crime, though he could not tell officers where, when or how the victim was raped. He was tried and convicted of the crime and sentenced to up to 20 years in prison.

and take action today by

to your local newspaper.