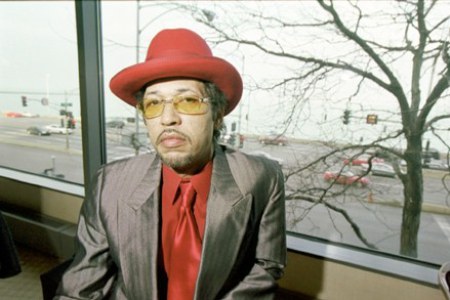 Rainge was sentenced to life in prison in 1979 in connection with this crime. It would be near eighteen years before the truth would surface.

Like his friends and codefendants Kenneth Adams and Dennis Williams, Rainge was convicted of murdering a young couple in what is now known as the Ford Heights section of Chicago. A third friend, Verneal Jimerson, would eventually be convicted as well. Rainge was sentenced to life in prison in 1979 in connection with this crime. It would be near eighteen years before the truth would surface.

The victims, a young couple, were abducted from a gas station and taken to an abandoned house, where the young woman was raped and both of them were shot and killed. Williams, Adams and Rainge were tried together in 1978, represented by an attorney named Archie Weston. The state’s chief witness in the case, Paula Gray, claimed to have been at the scene of the crime with the four men. After her testimony secured indictments of all four men, she recanted and the charges against Jimerson were dropped.

During trial, the state presented eyewitness testimony placing Williams, Adams and Rainge near the scene of the crime at the time of the crime. There was a major timing inconsistency in this witness’ account, but Weston failed to point it out to the jury.  A state expert testified improperly that a hair found in Williams’ car microscopically “matched” Williams’ hair, saying: “Just like if you drop two dollar bills and you see dollar bills on the floor. You see two one dollar bills. It’s obvious.” Microscopic hair comparison can never prove a conclusive match, but Weston failed to challenge this evidence. Hair evidence cannot be individualized based on microscopic analysis.  Because there is not adequate empirical data on the frequency of various class characteristics in human hair, it is impossible to say definitively that strands of hair “matched” a particular person. There was also incorrect serology testimony in the case.

The three men were convicted; Adams received a seventy-five year sentence, Rainge a life sentence, and Williams was sent to death row.

In 1985, at a new trial for Dennis Williams, Gray again testified against the four men, ostensibly in exchange for her release from prison. She would later admit to being untruthful and claimed she was coerced into testifying. This time, Jimerson was also convicted, and he was sentenced to die.

Archie Weston would later admit during a hearing in a different case that he was so stressed during the trial of Williams, Adams and Rainge that he couldn’t think straight. He was disbarred for fraud committed in another case.

In 1996, David Protess, Rob Warden, and a team of Northwestern journalism students took up the case. They discovered a witness who had reported the identity of the true killers to police shortly after the crime occurred. This evidence was found buried in the police file. Additionally, the evidence had been preserved and sent for DNA testing. Two of the three men implicated in the tip were located (the third was deceased) and the DNA test results confirmed their involvement in the crime. The DNA tests excluded all four of the original defendants. This new evidence, including confessions from the two discovered suspects, led to the release and exoneration of the Ford Heights Four. Rainge and his codefendants were released in 1996.