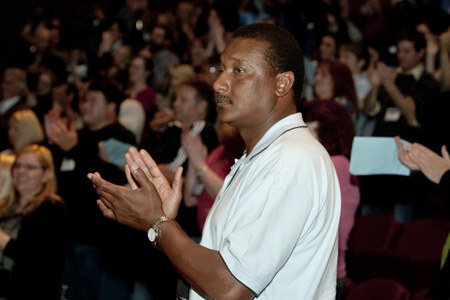 Ronald Cotton was exonerated in 1995, after spending over 10 years in prison for crimes he did not commit. His convictions were based largely on flawed eyewitness identification procedures used by police at the time.

The evidence at trial included a flashlight found in Cotton’s home that resembled one used by the assailant and rubber from Cotton’s shoe that was consistent with rubber found at one of the crime scenes, but overwhelmingly the evidence rested on the identification and the flawed eyewitness identification procedures used by police at the time.

Cotton was unsuccessful overturning his conviction in several appeals. But in the spring of 1995, his case was given a major break: the Burlington Police Department turned over all evidence, which included the assailant’s semen for DNA testing, to the defense.

The samples from one victim were tested and showed no match to Cotton. At the defense’s request, the results were sent to the State Bureau of Investigation’s DNA database and the database showed a match with the convict who had earlier confessed to the crime to a fellow inmate in prison.

When the DNA test results were reported in May 1995, the district attorney and the defense motioned to dismiss all charges. On June 30, 1995, Cotton was officially cleared of all charges and released from prison. In July 1995, the governor of North Carolina officially pardoned Cotton. Cotton had served 10.5 years in prison.

Soon after his release, Cotton got a job in the warehouse of LabCorp, the company that tested the DNA evidence that proved his innocence. He also married, had a child, and bought a piece of land to live on. He received $110,000 from the state for his wrongful conviction.

Thompson-Cannino and Cotton met for the first time after his exoneration. They are now good friends and travel around the country working to spread the word about wrongful convictions and reforms – especially for eyewitness identification procedures – that can prevent future injustice.