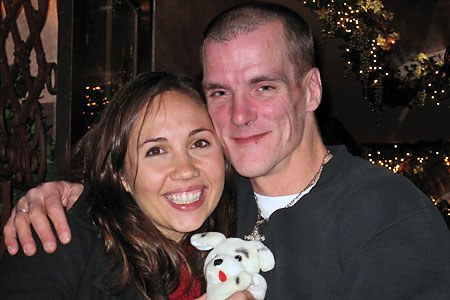 On May 16, 2006, Douglas Warney was released from prison after serving more than nine years for a murder he did not commit. Postconviction DNA testing on fingernail clippings from the victim and blood at the crime scene excluded Warney and matched Eldred Johnson, Jr.. Johnson, a New York inmate already serving a life sentence, subsequently confessed to the murder, telling investigators that he acted alone.

The Crime
On January 3, 1996, in Rochester, New York, police found the victim lying on his back with puncture wounds to his neck and chest. He had been stabbed 19 times and exhibited defensive wounds on his left hand. A bloodstained knife, a bloodstained towel, and several bloody tissues were in the clothing hamper in his bathroom.

The Confession
Douglas Warney, a man with a history of mental health issues, an eighth-grade education, and advanced AIDS, called the police stating that he had information about a homicide. He knew the victim: he had cleaned the victim’s house and shoveled snow from his driveway just two years before the murder. Warney was interrogated for 12 hours by police, he confessed and provided details that only the killer could know – that the victim was wearing a nightgown, that he had been cooking chicken, and that the killer cut himself with a knife and wiped it with a tissue in the bathroom. He also mentioned a second man, who was later found to have been confined to a clinic at the time of the murder. Warney’s confession contained other inconsistencies, such as the location of the murder and the disposal of clothing after the crime.

The Biological Evidence
The Monroe County Public Safety Laboratory conducted blood and enzyme testing on the crime scene evidence. The victim was type O, and Warney was found to be type A. The blood on the knife was consistent with the victim’s blood and enzyme types. Bloodstains on the towel and bloody tissues could not have come from either the victim or Warney. Blood was also found under the victim’s fingernail scrapings, but there was an insufficient amount of material for testing. A latent print was found on the knife and an analyst initially testified that it was of insufficient quality for comparison (only 3 points of identification), but went on to say that the print showed a particular pattern that enabled him to exclude the victim and another suspect but that he could not exclude Warney, whose fingerprint showed that pattern. Later analysis showed that Warney should have been excluded and that the analyst had tried to “bolster the fingerprint evidence in the eyes of the jury.”

Post-Conviction
Warney was initially charged with capital murder, though he was ultimately convicted of second degree murder and sentenced to 25 years to life in prison.

The Innocence Project and Donald M. Thompson began working on Warney’s case in 2004 and sought DNA testing of blood from the fingernail clippings, knife, towel, and tissues. The prosecution opposed testing, and Warney lost his motion for DNA testing in 2004.

While the case was being appealed, Rochester prosecutors, without notifying Warney, Thompson, or the Innocence Project, arranged for DNA testing on the blood splatter and fingernail scrapings. The Monroe County Public Safety Laboratory conducted STR based DNA testing on the victim’s left fingernail scrapings, blood flecks from around the crime scene, bloodstains on the towel, and bloodstains on tissues in the bathroom. Warney was excluded from this evidence and the profile was compared against the national DNA profile database. The DNA profile matched Eldred Johnson, Jr., a New York state inmate already serving a life sentence for other crimes. When he was interviewed by prosecutors, Johnson stated that he had killed the victim, had committed the crime alone, and he did not know Douglas Warney.

On May 16, 2006, Douglas Warney’s conviction was vacated and he was released from prison.