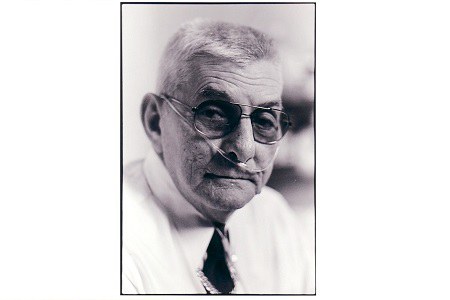 Gerald Davis was convicted in 1986 of kidnapping and two counts of sexual assault. His father, Dewey Davis, was convicted of abduction, sexual abuse, and sexual assault stemming from the same incident. The victim testified that she had gone to the Davis residence in 1986 to do laundry. She considered the Davis’s family friends. The victim claimed that she was taken to Gerald Davis’s waterbed, where she was raped. She testified that Dewey Davis was present and did not stop his son from raping her or try to help her.

The prosecution’s case seemed strong, as the victim knew the defendants. Forensic analyst Fred Zain conducted testing in the case and testified at trial for the state. He said he found semen on several pieces of evidence from the crime scene, and tested the semen for an ABO blood type. Although the semen had characteristics of a person with type A blood, Zain testified that the signs of type A could have come from contamination. He said the contributor was more likely type O, which matched Gerald Davis and the victim. He then gave an extremely exaggerated inclusion statistic, saying only Davis and 3.5% of the male population could have been the perpetrator. In fact, the test results could have been entirely from the victim and any male in the world could have deposited the semen.

The defense could only present an alibi, which was that the two did nothing to the victim while she was doing laundry at their house.

After Dewey and Gerald Davis were convicted, evidence began to mount about Fred Zain’s forensic misconduct. A former director of the West Virginia state crime lab, Zain testified for the prosecution in 12 states over his career, including dozens of cases in West Virginia and Texas. DNA exonerations and new evidence in other cases have shown that Zain fabricated results, lied on the stand about results and willfully omitted evidence from his reports. Because Zain was involved in the testing in this case, Gerald Davis was allowed to file a habeas corpus petition with regard to the testing of evidence. The West Virginia Superior Court granted access to the evidence for the purpose of DNA testing.

The evidence was sent to the Center for Blood Research. CBR reported that they were able to obtain profiles from rape kit samples that indicated a male and female presence. Davis was excluded as a contributor to the sample. The prosecution performed another round of testing that also excluded Davis. Furthermore, testing on Gerald Davis’s bed sheets and underwear failed to reveal the victim’s DNA profile.

Gerald Davis was released under home confinement in 1994. The prosecution retried him under a new theory that Davis raped the victim but did not ejaculate. The jury acquitted him in 1995. His father’s charges were also dropped. Father and son had, respectively, spent eight years in prison.