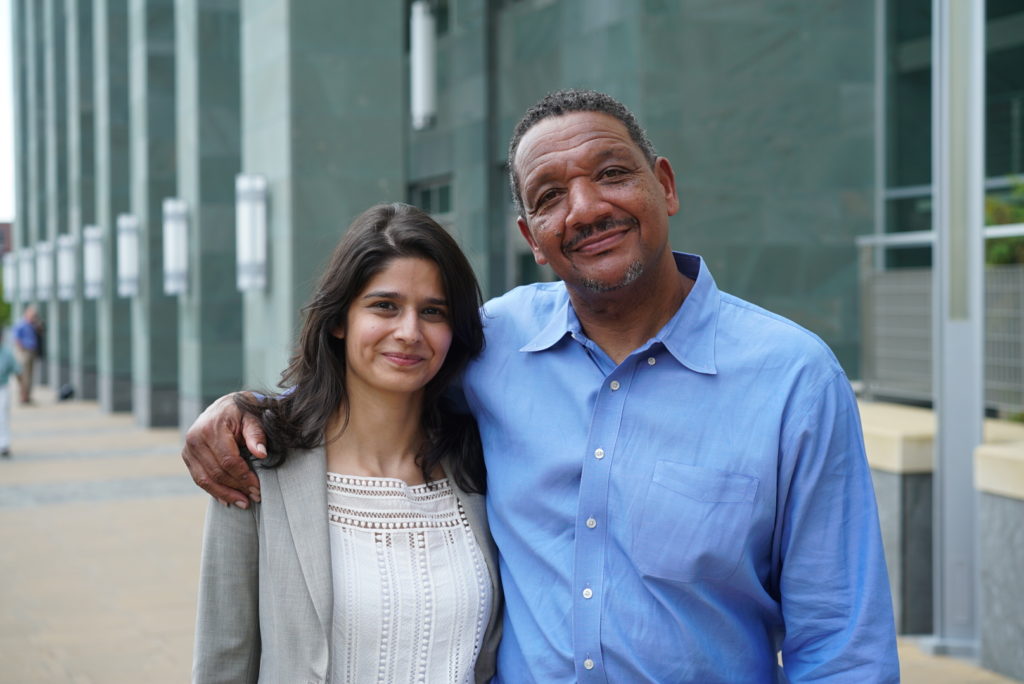 On Sept. 2, 2016, Darryl Howard was exonerated after the Durham District Attorney’s Office dismissed his double-murder and arson charges, just two days after a North Carolina Superior Court Judge vacated his convictions and ordered his release from custody.

On Sept. 2, 2016, Darryl Howard was exonerated after the Durham District Attorney’s Office dismissed his double-murder and arson charges, just two days after North Carolina Superior Court Judge Orlando Hudson vacated his convictions and ordered his release from custody. The ruling occurred after Howard’s lawyers presented DNA evidence excluding him and linking two other people to the crime scene of the 1991 murders of Doris Washington and her 13-year-old daughter Nishonda, and other evidence pointing to his innocence. Howard walked out of prison on Wednesday, Aug. 31 and and was officially exonerated of the 1995 convictions that cost him 24 years in prison.
Background
Howard always maintained his innocence of the double homicide.  He was arrested for the crime nearly a year after it occurred. There was never any physical evidence linking him to the crime, and DNA testing before trial excluded Howard as the source of sperm recovered from the daughter. The prosecution relied on the inconsistent and contradictory testimony of numerous witnesses who gave varying accounts of having seen Howard threaten the mother shortly before the murders. The most damning of these was a prostitute with a lengthy criminal record whom detective Darryl Dowdy, the investigating officer, threatened with a murder prosecution if she didn’t testify against Howard. She subsequently recanted her original statement on the witness stand.
Despite the clear evidence of sexual assault–two women found naked on one bed, one with blood and a laceration in her vagina and the second, a 13-year-old girl, with sperm in her anus and vagina–Dowdy testified that the crimes were never investigated and never even suspected to involve a sexual assault. However, through open file discovery, the Innocence Project uncovered a police memo that reveals that Durham police received a detailed tip from a confidential informant four days after the murders that the crimes involved sexual assault and the victims were murdered by more than one perpetrator because the mother owed $8000 to drug dealers from “either Philadelphia or New York.” A note on the first page of the memo reads: “Dowdy  There may be something to this. I don’t remember any public info on the rape.”
In his summation, Nifong told the jury that “despite the fact that this case was never investigated as a sexual assault and it was never suspected to be a sexual assault [defense counsel] wants to make it a sexual assault and why, because he knows the defendant never had sex with [the victims].  So, if he makes you believe that the killer was somebody who had sex with him [sic] then obviously it couldn’t be the defendant.”  To account for the sperm recovered from the 13-year-old’s anus, Dowdy testified, without explanation, that the daughter was away from home with her boyfriend for almost a week prior to her murder.  Nifong argued to the jury that “[h]ow [that sperm] got there I can’t tell you [but] I would submit to you that a 13-year-old who can be gone for five days with her boyfriend is not somebody with whom sex is going to be an unknown subject.”
Post-conviction DNA testing on the mother’s rape kit produced a male DNA profile that also excluded Howard.  That DNA profile was entered in the CODIS DNA database and hit to Jermeck Jones who has had over 35 prior convictions, and was 15 years old at the time of the crimes.  When questioned as to how his DNA could have been found in that victim, Jones falsely claimed that he never met the victim and had consensual sex with her daughter the night before her murder.
Post-conviction DNA testing was also conducted on the daughter’s vaginal and anal swabs.  Testing identified a male profile that excluded Howard and did not match Jones. Because the DNA profile found in the daughter’s rape kit was only a partial profile, it could not be uploaded into CODIS to identify the real assailant.