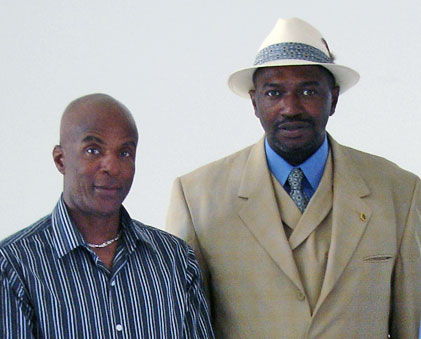 have recently launched the Exonerated Brothers of Texas, a nonprofit group that provides support services to at-risk youth and exonerees. Texas has 44 DNA exonerations, more than any other state, with the majority coming from Dallas County.

All four men were cleared through DNA testing and released after at least a decade behind bars. The group’s president, James Waller, spent ten years in prison and 14 years on parole as a registered sex offender before his exoneration in March 2007. The Texas Monthly wrote about his motivation to create the group:


Exonerated Brothers of Texas will focus on things like counseling, family services, and job and vocational training. Mostly, though, its goal is to let the exoneree know he’s not alone. “Our purpose is to be there when they walk out and then later for support and counseling—because they’re going to need some counseling. When you’ve been gone from society for a long time, things are different. We’re trying to help guys getting out and trying to help guys who don’t want to go back.”

Sometimes, the newly exonerated person may even be a friend or acquaintance from prison—some even shared a cell or lived in the same wing. No one knows what they endured, and what they need, better than another exoneree.

To learn more about the

, book them for a speaking engagement, or donate.

Read more about exonerees who served time together in prison in “

A Little Help from their Friends

” in the Winter 2007 issue of The Innocence Project In Print.