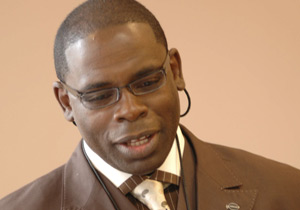 Charles Chatman served 27 years in Texas before he was exonerated last year based on DNA evidence proving his innocence. He was 21 years old when he was wrongfully convicted and 48 when released. He’s been free for a year now, but he recently told NBC that he has struggled to adjust to life on the outside and feels held back by the gaping hole in his life.

Though DNA proved his innocence, Chatman says he still feels shackled at times. He has been unsuccessful at finding jobs. He takes newspaper clippings with him to interviews to explain where he's been for more than a quarter of a century.

Though people seem sympathetic to his situation, they still won't hire him.

"They apologize because they can't give me the job," Chatman said. "I don't have a work history, I don't have work references, and anything that I knew how to do before I went in, I haven't been able to do in 27 years."

Many exonerees struggle to adjust to life outside of prison after spending years behind bars for crimes they didn’t commit. No state offers any immediate assistance to the exonerated, and only 25 states (and the federal government) have laws compensating the wrongfully convicted.

Learn more about compensations laws and life after exoneration here

Chatman was a client of the Innocence Project of Texas,