Stand with Sedley Alley and the search for truth

Join the quest for justice in Sedley Alley’s case

The evidence is still untested, and the public deserves the truth 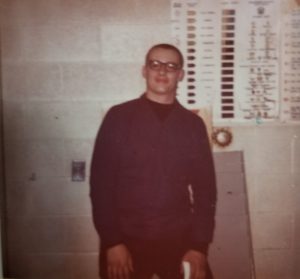 Sedley Alley in the Navy. Photo courtesy of the Alley family.

In 2006, Tennessee executed Innocence Project client Sedley Alley after courts refused to test DNA evidence that may have proven his innocence. On Wednesday, attorneys for April Alley, Mr. Alley’s daughter and executor of his estate, will argue for the right to test the evidence before the Tennessee Court of Criminal Appeals.

Wednesday’s arguments are a continuation of Ms. Alley’s fight for justice on behalf of her father. “I just want the truth. The DNA evidence should have been tested before my father was executed. It’s too late for my father, but it’s not too late to find the truth,” Ms. Alley said when she filed the petition for DNA that was denied by the Shelby County Court of Appeals in 2019.

Will you add your name to urge Gov. Lee to order DNA testing to seek the truth in Sedley Alley’s case?