We did it! Today the Illinois legislature overrode Governor Rauner’s veto of Senate Bill 1830, which will enact the strongest law in the nation to prevent wrongful convictions based on false jailhouse informant testimony. This is all because you voiced your support- your calls, tweets, and emails made all the difference! Thank you for being a part of this great change!

Senate Bill 1830, sponsored by State Sen. Michael Hastings (D-Tinley Park) and State Rep. Art Turner (D-Chicago), will increase transparency and accountability surrounding the use of jailhouse informant witnesses– incarcerated individuals who offer testimony or information on other inmates, typically with the expectation of receiving leniency or other benefits from the State. 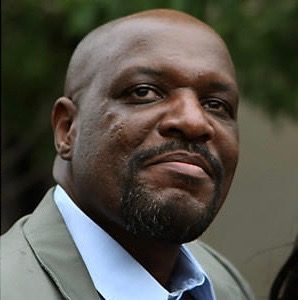 Illinois exoneree Marvin Reeves was sentenced to life in prison in 1990 due in part to an imprisoned informant whose false testimony to Chicago police led to the wrongful convictions of Reeves and his friend, Ronald Kitchen.

“This new law could prevent what happened to Ronnie and me from happening to other innocent Illinoisans,” said Reeves. “It was just way too easy for the state to use the guy who lied against me and Ronnie and then they just let him out. That guy put us away for years for a crime that everyone knows we did not commit.”

I missed out on raising my son and by the time I was exonerated my son had a family of his own.

James Kluppelberg spent 25 years in prison for a murder he did not commit in Chicago because a jailhouse informant lied about seeing him at the crime scene in order to obtain a reduced sentence. “I missed out on raising my son and by the time I was exonerated my son had a family of his own. No one can give me back the years I lost behind bars for a crime I didn’t commit, but I was proud to advocate for this new law so that other innocent people won’t have to suffer the same fate.”

Jailhouse informants are a leading cause of wrongful convictions nationally, playing a role in 16 percent of DNA-based exonerations of innocent Americans. In Illinois, unreliable jailhouse informants were involved in 17 wrongful convictions that have cost taxpayers $88.4 million in civil lawsuit payments and state compensation. Those 17 innocent people collectively served over 227 years in prison. In these cases, while the innocent person was in prison, the actual perpetrators went on to commit seven additional murders.

We are gearing up to make more change across the country in the upcoming year.  Find out more here and sign up in the above form to become a part of the team! If you have already joined the movement, please share this with a friend.