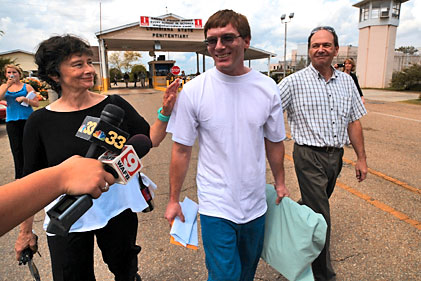 
On Friday, Damon Thibodeaux became the 300th person to be proven innocent and exonerated through DNA testing in the nation. Thibodeaux had spent the past 15 years on Louisiana’s death row.

Thibodeaux spoke to the Los Angeles Times as he took his first step toward a new life, inhaling a deep breath of “free air.”


“It’s probably the best breath I’ve ever had,” he said.