Jharrel Jerome took home his first Emmy award for Outstanding Lead Actor In A Limited Series for his role as exoneree Korey Wise in When They See Us and made history as the first Afro-Latino to win an acting award. Jerome thanked his mother, Ava DuVernay, and “most importantly this is for the men that we know as the Exonerated Five. Raymond, Yusef, Antron, Kevin, and King Korey Wise!” Join us in sending a note of congratulations to the Exonerated Five, Jharrel Jerome, and the When They See Us team. 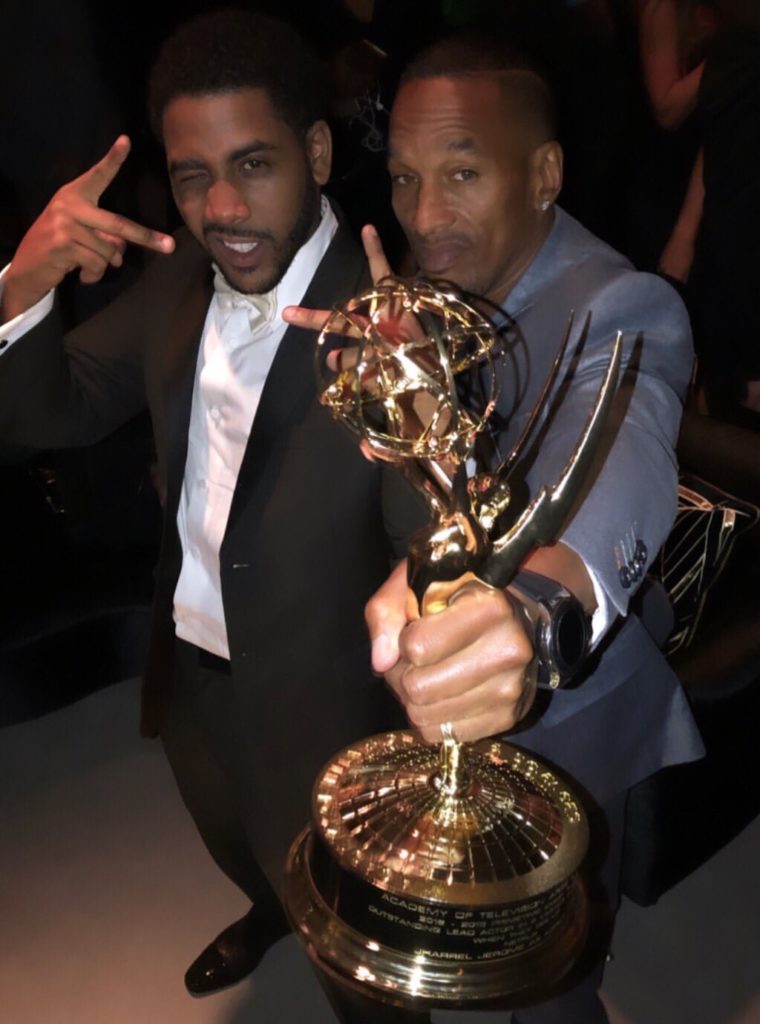 Jharrel Jerome with Korey Wise after winning an Emmy for his performance in “When They See Us.” Photo by Jason M. Cox.